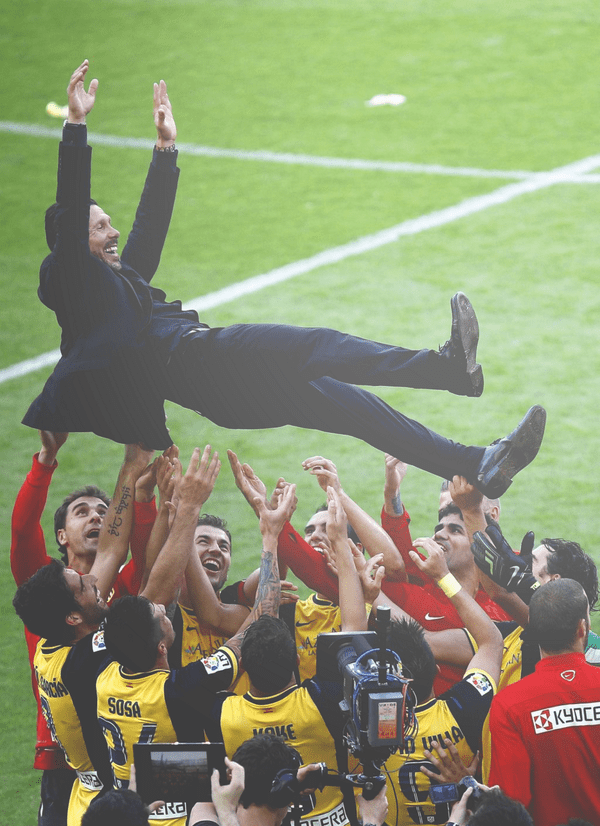 Atletico Madrid secured the La Liga title on the last day of the season after securing a 1-1 draw with Barcelona at the Nou Camp earlier today.

Diego Simeone’e men, with the win became the first team since Valencia in 2004 to break Real Madrid and Barcelona’s hegemony to claim the coveted crown.

Barcelona had earlier taken the lead with a thumping effort from Chilean Alexis Sanchez in the first half but Diego Godin restored parity with a bullet header early in the second half from a well taken corner.

The Los Rojiblancos then held on a late Barcelona onslaught as the Camp Nou faithful applauded the away side to their first title in 18 years. Incidentally Diego Simeone was a player for Atletico when they won in 1996.

There is no doubt that Simeone deserved the plaudits and the share of the spoils in what has been a terrific campaign for Atletico and they can claim the double if they beat crosstown rivals Real Madrid at Lisbon in the Champions League final next week.