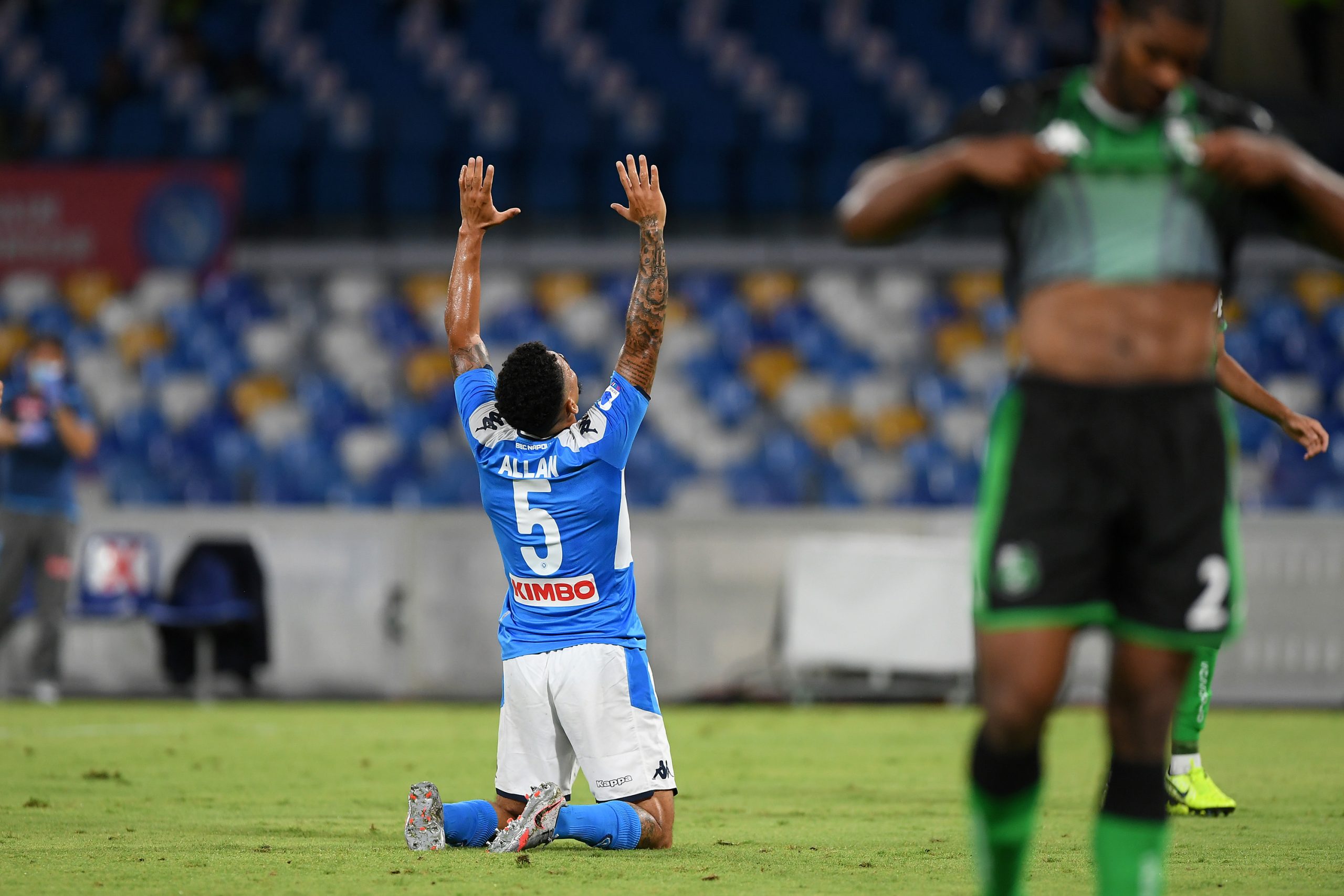 Everton have reached an agreement to sign Allan from Napoli this summer.

The Toffees have agreed a £24 million deal for the midfielder and they are hoping to secure a deal for James Rodriguez from Real Madrid as well.

Now, Allan has been spotted in Merseyside outside the John Lennon Airport.

According to transfer expert, Fabrizio Romano, Everton have agreed personal terms with the player already, while a medical has been scheduled for him.

The 29-year-old has been heavily linked with a move to Goodison Park throughout the summer and it seems the Toffees have finally clinched the deal for him.

Allan made 23 appearances in Serie A last season, where he scored two goals and provided one assist for Napoli.

He joined the Naples club in 2015 from Udinese and was a key player when Ancelotti was in charge of the club.

According to reports from the Daily Mail, Everton are also in talks with Watford for midfielder Abdoulaye Doucoure in a deal worth around £30m.