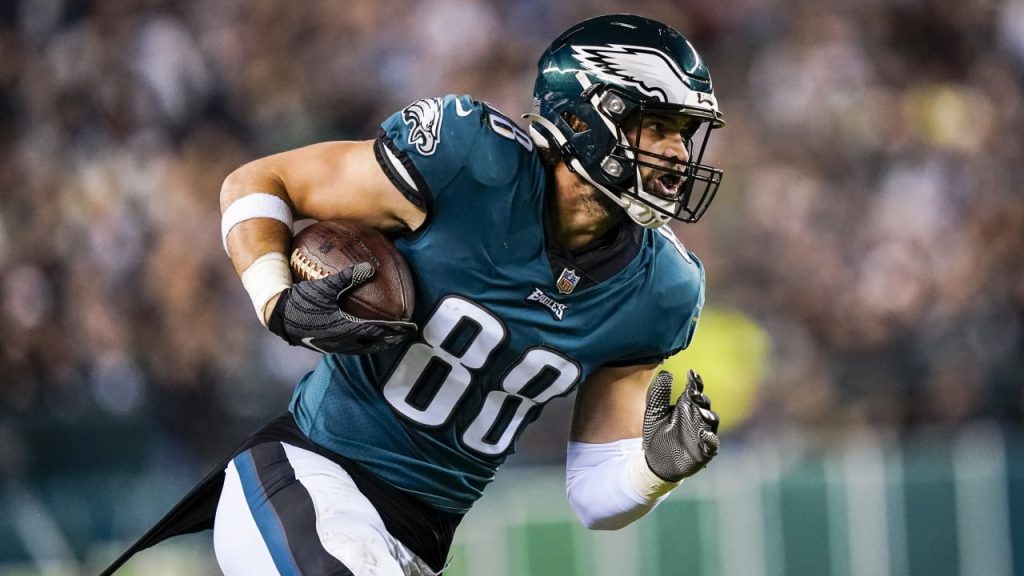 Philadelphia Eagles tight end Dallas Goedert suffered a shoulder injury in last night’s loss against the Washington Commanders and will be out an extended amount of time.

#Eagles TE Dallas Goedert will miss extended time with a shoulder injury suffered in the win over the #Commanders last night, sources tell me and @TomPelissero. Not a season-ender though. Injury added to insult on the play with the missed facemask that put him in harm’s way. pic.twitter.com/ndOPCiwKD2

The amount of time is not clear as of right now. He will be out multiple weeks at the very least. It seemed like Goedert sustained the injury on a missed personal foul call from the referees. It looked liked a Washington defender grabbed his face-mask which made him defenseless. He ended up finishing the game. The injury is not likely to be season ending. 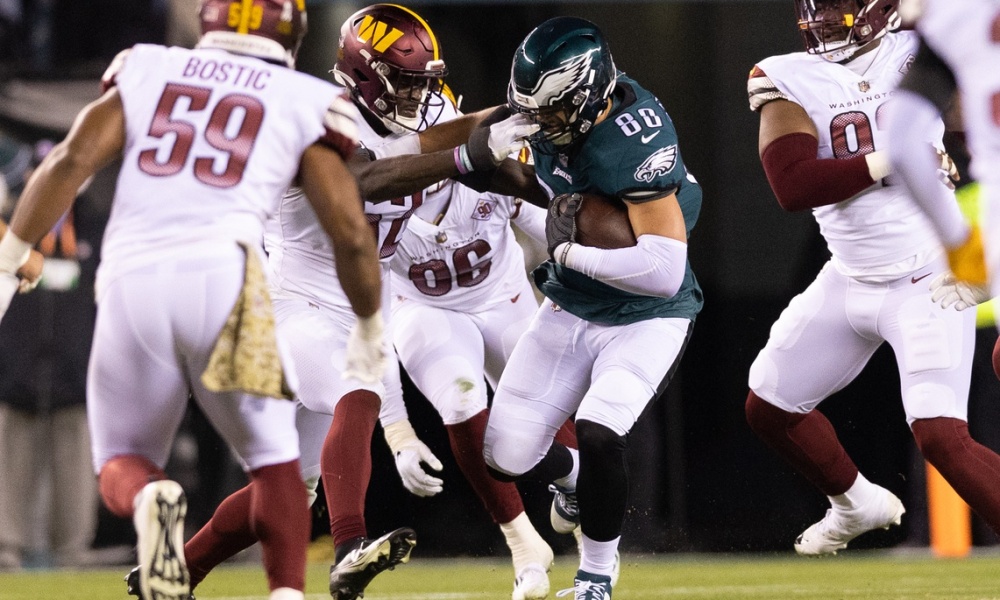 Goedert was a second round pick out of North Dakota State back in 2018. He signed an extension last season after former Eagles tight end  Zach Ertz was traded to the Arizona Cardinals last year.

Since 2019, Goedert has posted over 500 receiving yards with three or more touchdowns. He has also been very durable throughout his career playing over 10 games prior to this season. 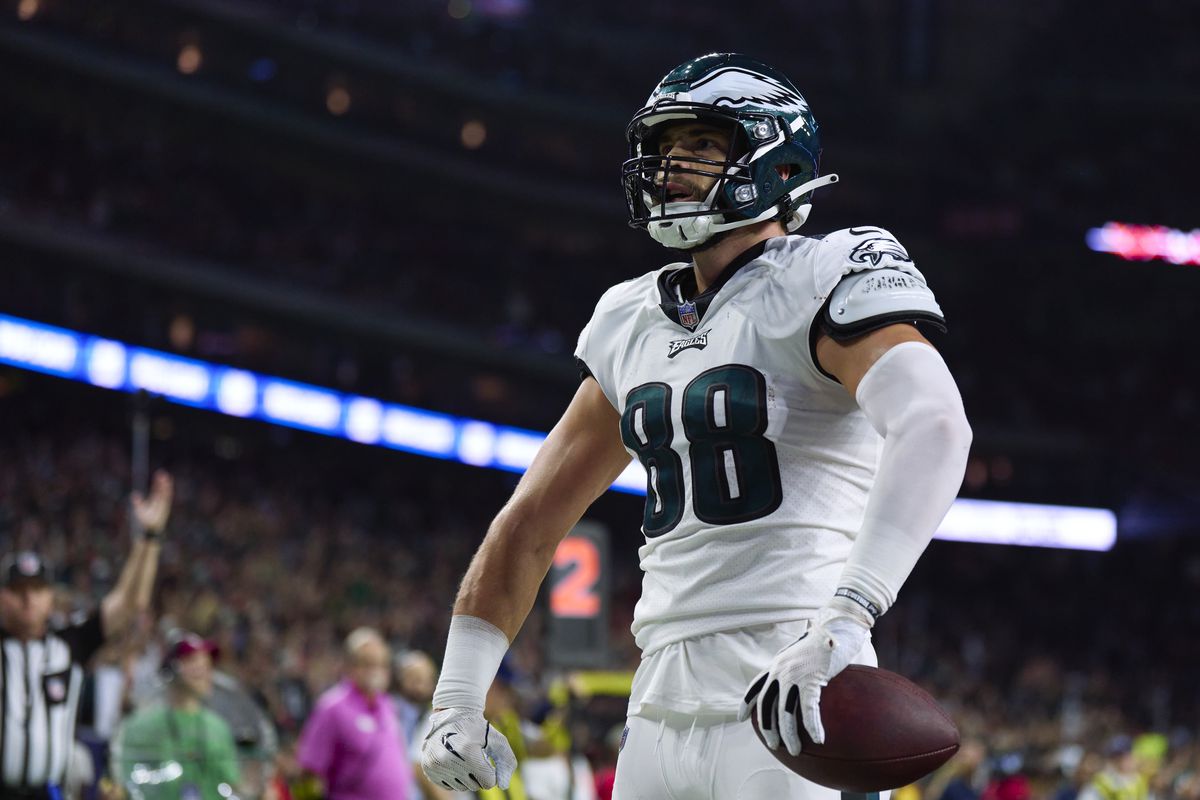 Philadelphia is sitting pretty atop the NFC East division despite the loss last night. Goedert missing some time might not effect the entire team as a whole going forward. Wide receivers Devonta Smith and AJ Brown will have to step up with the targets vacated by Goedert. 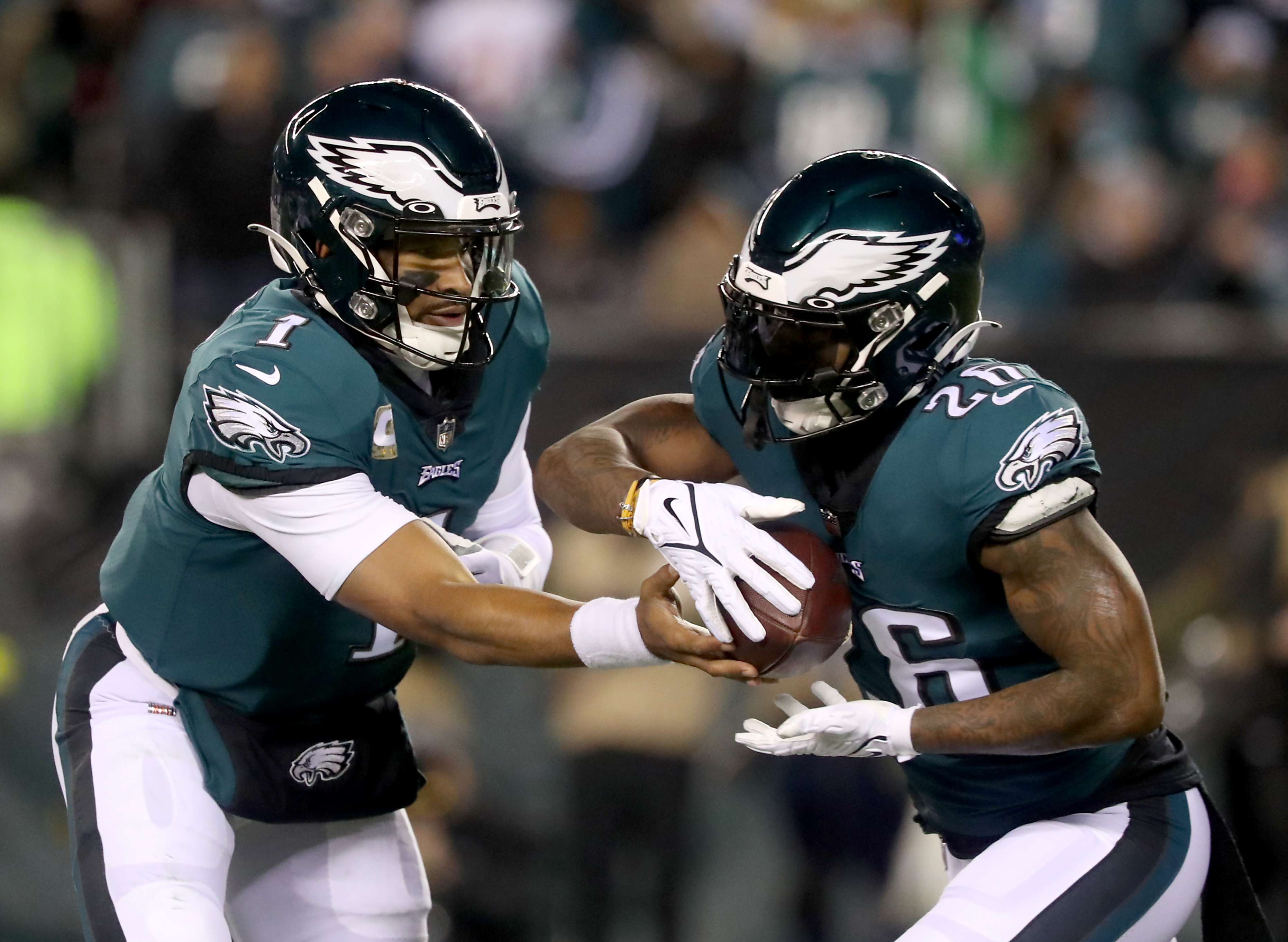 Maybe the Eagles go more of a ground heavy attack. Running back Miles Sanders only rushed twelve times and was mildly effective.

The Eagles are still favored to win the NFC East according to most NFL betting sites at -350. Maybe the loss of Geodert makes them less likely to win the division with Dallas and New York right behind.

Philly is still one of the better teams in the league, but maybe not the best at this current moment because of their play last night.

Look for tight end Jake Stoll to be the starter while Goedert is out.