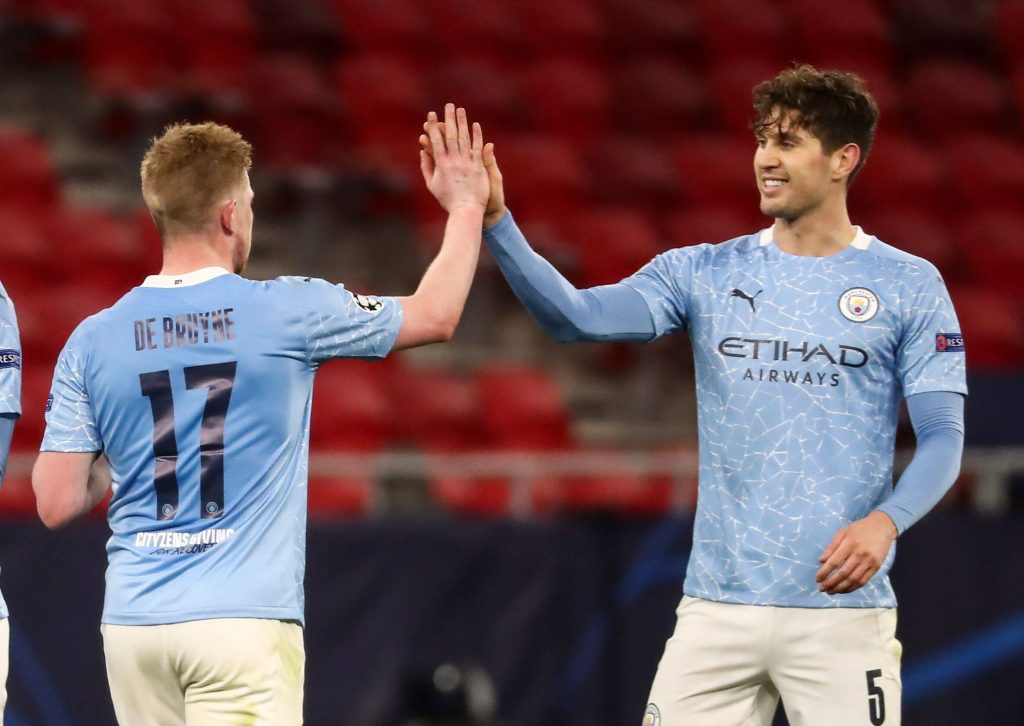 The PFA Premier League Team of the Year has been revealed.

The team is comprised of one goalkeeper, four defenders, three midfielders and three forwards.

It is voted by fellow professionals based on who has performed best in the Premier League over the last season.

The XI is heavily dominated by runaway champions Manchester City, who boast six of the 11.

Of the remaining five, two play for rivals Manchester United, two for Tottenham Hotspur and one for Liverpool.

The most notable omission from the team is Man City’s Phil Foden, who misses out despite being one of the six nominated for the PFA Player of the Year award.

Ederson (GK) – The Brazilian has been excellent since arriving in the Premier League, and this year was no exception. He earned his second successive Golden Glove, keeping 19 clean sheets.

Joao Cancelo (RB) – Cancelo’s first season at Man City didn’t go as planned, and he was linked with a move away.

His second was far more successful. The former Juventus man recorded two goals and three assists, playing on both sides of the defence.

Ruben Dias (CB) – Next to Cancelo is compatriot Ruben Dias, who arrived for a club-record fee in the summer from Benfica.

He has more than lived up to that price tag with several exceptional performances and currently stands as one of the frontrunners for the POTY award.

John Stones (CB) – John Stones looked to be a forgotten man at the Etihad Stadium, but he has undergone a revival, contributing heavily to the side with the best defensive record in the division.

Luke Shaw (LB) – Much like Stones, Luke Shaw has salvaged his reputation with an excellent season. The defender earned himself a recall to the England national team with one goal and five assists.

Ilkay Gundogan (CM) – Ilkay Gundogan has spent most of his time at Man City as a dependable back-up option, but this season he reached new heights. He scored 13 league goals, making him the champions’ top scorer.

With six goals and 12 assists, the Belgian has put up some great numbers despite missing large parts of the campaign through injury.

Bruno Fernandes (CM) – The playmaker has been the catalyst for Man Utd’s rise this season, netting 18 goals and adding 12 assists.

This output has helped the Red Devils up to second place and has put him among the favourites for POTY.

Mohamed Salah (RW) – Liverpool’s title defence may not have been so successful, but Mohamed Salah has continued to bang the goals in. The Egyptian finished just one short of the Golden Boot, hitting 22.

Harry Kane (ST) – Finishing marginally ahead of Salah in the Golden Boot race was Harry Kane, who netted 23. Incredibly, he also scooped the Playmaker Award, assisting 14.

Heung-min Son (LW) – With Heung-min Son and Kane performing so brilliantly, one wonders how on earth Spurs finished seventh.

The winger had his best goalscoring season, scoring 17 to go along with his ten assists.

Read also: PFA Players’ Player of the Year nominees – Manchester City lead the list – can Fernandes or Kane trump them?