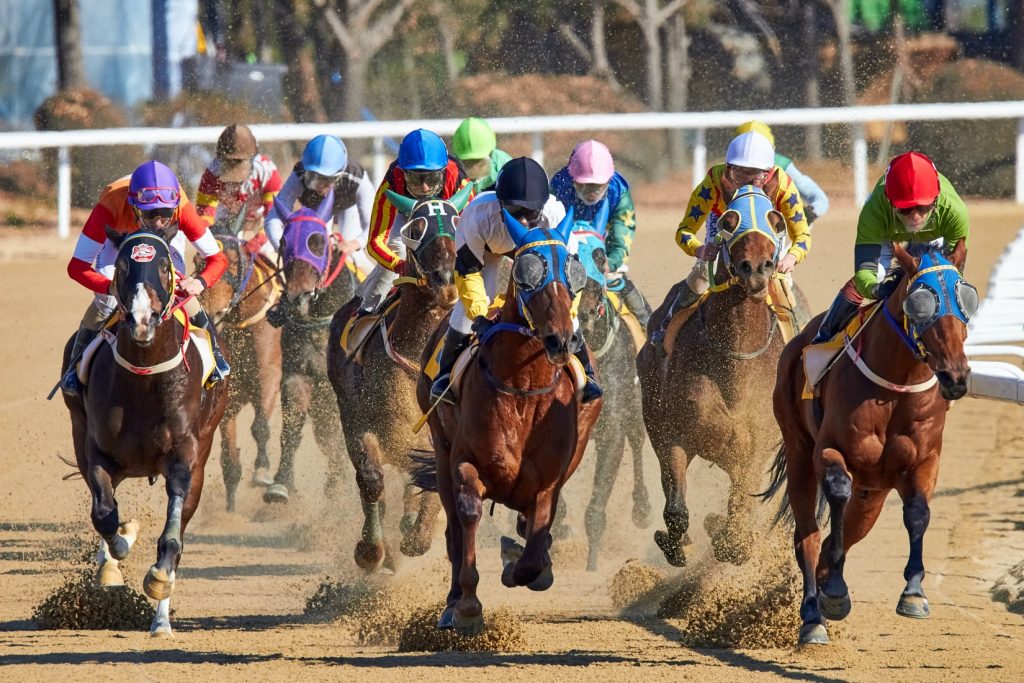 The Pennsylvania Derby 2022 one of the big US horse racing highlights this Saturday and at this stage we’ve a possible field of 11 runners chasing the $1m purse at Parx Racing. Two of the leading fancies – Cyberknife and Taiba – are also half-brothers, so who will come out in the battle of the siblings?

The Brad Cox-trained 3 year-old CYBERKNIFE was last seen running second in the Grade One Travers Stakes at Saratoga (watch again below) – ending up 5 1/4 lengths behind the classy Epicenter at the stick.

Prior to that effort this son of Gun Runner beat another possible Pennsylvania Derby runner – Taiba – by a head in the Haskell Stakes at Monmouth Park on July 23, and is set to renew rivalry with that horse again.

The drop back to 1m1f looks a plus after failing to last out in his last two runs over 1m2f, but being a winner of 50% of his 10 races then is a horse that knows how to get the job done and has generally been installed at the second favorite for Saturday’s Pennsylvania Derby.

The powerful Bob Baffert yard have mopped-up three Pennsylvania Derby successes in the past, with the first coming in 2014 with Bayern and the most-recent in 2018 with McKinzie.

They’ve got a big chance of making it four this Saturday with TAIBA, who is also a son of Gun Runner, so is running against his half-brother in Cyberknife.

You can watch this 3 year-old running a head second to the already mentioned Cyberknife in the Haskell Stakes below on July 23. There was only a head between the two that day and with that being his first run since joining the Baffert yard we can expect more to come.

He’s been ridden by hall of famer, Mike Smith, who won this race in 2017 & 2018, in his last three outings and will be again this Saturday, while with just four career runs (2 wins) he’s a horse that should have the scope for more in the locker.

At this stage we’ve 11 horses with entries for Saturday’s Pennsylvania Derby, with a $1 purse on offer. See below some of the other big names that could end up in the final runners this Saturday, Sept 24.

Skippylongstocking – Third in the 2022 Preakness Stakes at Pimlico back on May 22 and has since gone onto run third in the Belmont Stakes and then built on that by also winning the Grade 3 West Virginia Derby on Aug 6. Trained by Saffie A. Joseph, who won this race in 2019.

White Abarrio – Grade One winner after winning the 2022 Florida Derby on April 2, but his form has been patchy since and was 34 lengths behind Cyberknife and Taiba last time out at Monmouth. Is, however, another that hails from the Saffie A. Joseph yard that won this race in 2019 with Math Wizard.

Tawny Port – Another from the Brad Cox yard that are also responsible for Cyberknife. This 3 year-old some of Pioneerof The Nile won the 2022 Ohio Derby earlier this year (June 25) and certainly wasn’t disgraced when 2 lengths third to Epicenter in the Jim Dandy Stakes last time (watch below). On that running, would be a chance.

Zandon – From the Chad C Brown barn that won the Pennsylvania Derby in 2016 with Connect. This son of Upstart has the form in the book to be a player too, after running third in the Kentucky Derby earlier this season (May 7) and has since run Epicenter close when second in the Jim Dandy at Saratoga (watch above) and most recently third (again behind Epicenter) in the Grade One Travers Stakes (watch above).