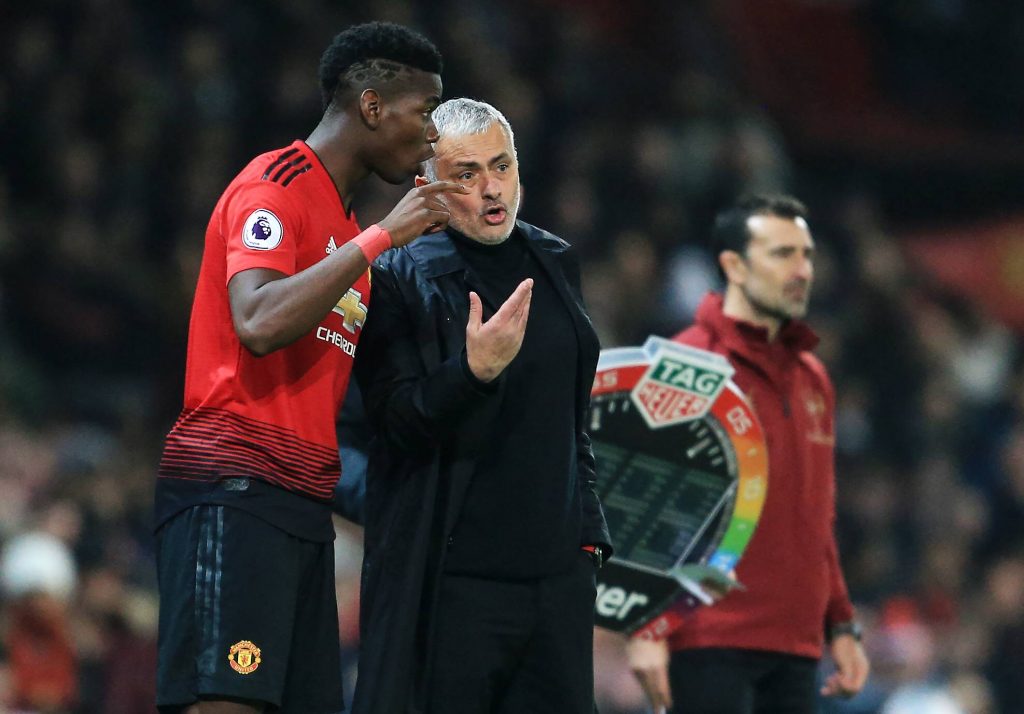 Paul Pogba has aimed a dig at former manager Jose Mourinho in an interview with Sky Sports.

Mourinho brought Pogba back to Manchester United for a then-world record fee of £89 million back in summer 2016.

In their first season together, the Red Devils lifted the Carabao Cup and the Europa League, with Pogba scoring in the latter final.

However, their relationship turned sour over time. In September 2018, the pair were recorded arguing on the training ground about the Frenchman’s social media posts.

And now Pogba has spoken out about his time under Mourinho, criticising the Portuguese’s man-management skills.

Speaking to Sky Sports, Pogba said: “What I have now with Ole (Solskjaer) is different because he wouldn’t go against the players.

“Maybe he wouldn’t pick them, but it’s not like he puts them on the side and then they don’t exist anymore. That’s the difference between Mourinho and Ole.

“Once, I had a great relationship with Mourinho. Everybody sees that. Then the next day you don’t know what happened. That’s the strange thing I had with Mourinho.”

Last weekend, Mourinho got into a spat with Solskjaer after Man Utd’s 3-1 victory against Tottenham Hotspur.

Edinson Cavani had a first-half goal ruled out after Scott McTominay was adjudged to have fouled Heung-min Son in the build-up.

The Norwegian accused Son of diving, labelling him “embarrassing” while claiming that he wouldn’t feed his son if he did that on the pitch.

Mourinho responded by defending his player, saying: “Son is lucky that his father is a better person than Ole.”

Up next for Tottenham is a trip to Goodison Park in the league before a Carabao Cup final against Manchester City.

Meanwhile, the Red Devils will be looking to secure a top-four finish and get some silverware in the cabinet in the Europa League.