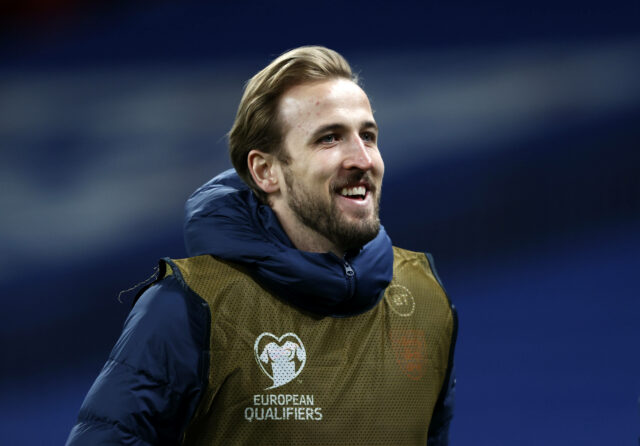 There is a general perception among football fans that Lewandowski is the best conventional forward in the world.

The Polish striker has scored over 40 goals in each of his last six seasons, including a remarkable 55 goals for Bayern last season as they ended up winning the historic treble.

The 32-year-old striker has been simply superb this season, scoring 42 goals in all competitions. He was named The Best FIFA Men’s Player for 2020.

However, Merson feels Kane has the edge over Lewandowski.

“Robert Lewandowski won the award for the best player in the world last year – but he’s not as good as Harry Kane,” Merson wrote in the Daily Star.

“He’s only ripped it up in Germany. Kane is doing it in the Premier League. And I can’t remember Lewandowski touching the ball at the last World Cup. But Kane won the Golden Boot.”

Kane, 27, is not only a talisman for Spurs, but he is also the captain of the England national team.

The Spurs striker has been in sensational form this season so far, netting 27 goals and setting up 16 assists in 40 games across all competitions.

Lewandowski’s goal scoring record has been simply phenomenal, but Kane is showing more all-around ability than him.

However, the assumption that Kane should be ahead of him because he plays in the Premier League is a bizarre suggestion.

In other news, Liverpool skipper Jordan Henderson may not be fit for the European Championships.