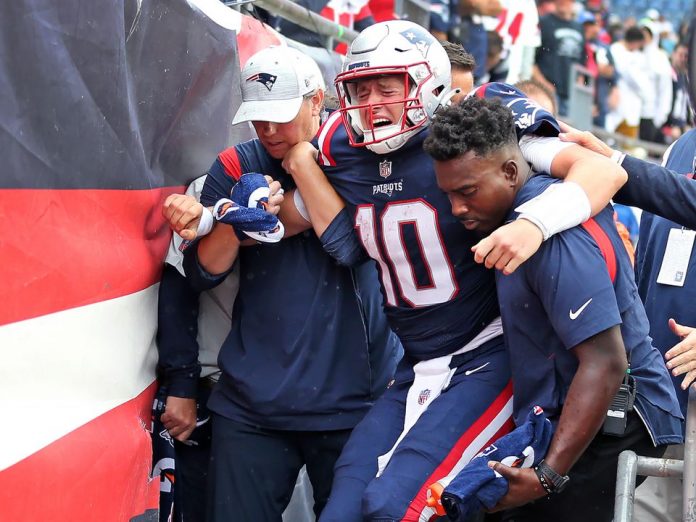 The New England Patriots have ruled quarterback Mac Jones out for Sunday’s trip to face the Green Bay Packers with an ankle injury.

Despite multiple reports earlier this week that Jones was preparing to play on Sunday, the Patriots have officially ruled their star QB out of the contest vs Aaron Rodgers.

Jones completed 321 passing yards against Lamar Jackson’s Baltimore Ravens last weekend alongside tallying a first career rushing touchdown in a 26-37 loss, but was captured hobbling off the field at the end of the game.

*RARE* video of Mac Jones going into the tunnel after injury vs. Ravens. Sound On. pic.twitter.com/mfqupHxxx0

The 24-year-old took part in team practice on Friday and his status is ‘day-by-day’ according to head coach Bill Belichick, which suggests a return next week vs Detroit Lions is a possibility.

The Patriots will start veteran QB Brian Hoyer in place of Jones and WR Jakobi Meyers is also expected to return, handing the Patriots a significant boost despite being 9.5 point underdogs.