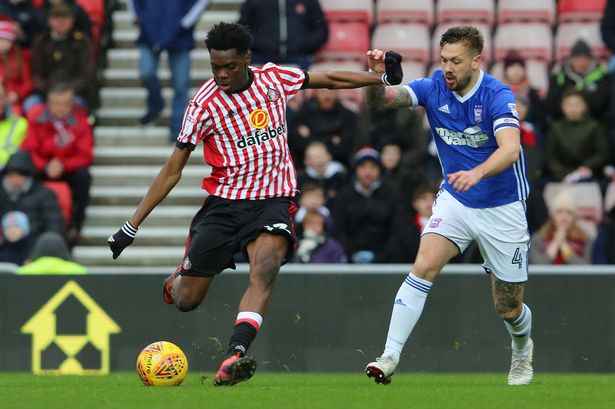 Liverpool owned exciting young midfielder Ovie Ejaria has revealed that he spoke with Ben Woodburn before joining Sunderland on loan in the January transfer window.

The 20-year-old joined the Black Cats on the transfer deadline day in January. He says that he had a chat with Liverpool teammate Woodburn who spoke highly about Chris Coleman.

“I spoke to Ben Woodburn a little before I came here, I had seen what Chris Coleman had done with him at Wales,” said Ejaria to the Northern Echo.

“It is clear he is willing to give young players an opportunity. I had seen what he did with Ben and Wales, it wasn’t just Ben either, there were others also. It was a big factor in coming here.”

The Sunderland boss was keen to sign Woodburn in the January transfer window, and made his signing a priority but the deal with Liverpool didn’t materialise as Jurgen Klopp wanted the youngster to stay back at the club.

Ejaria adds that he could have stayed at Liverpool but he wanted to play regular games and that’s why made the decision to join Sunderland despite knowing the club is in a complete mess.

The 20-year-old is highly rated by Klopp and his attitude to prove himself under challenging conditions will have impressed the Liverpool manager.

Sunderland are sitting five points adrift of safety with nine matches remaining which means Coleman’s side desperately need to win a few games from now till the end of the season to prevent themselves from getting relegated.