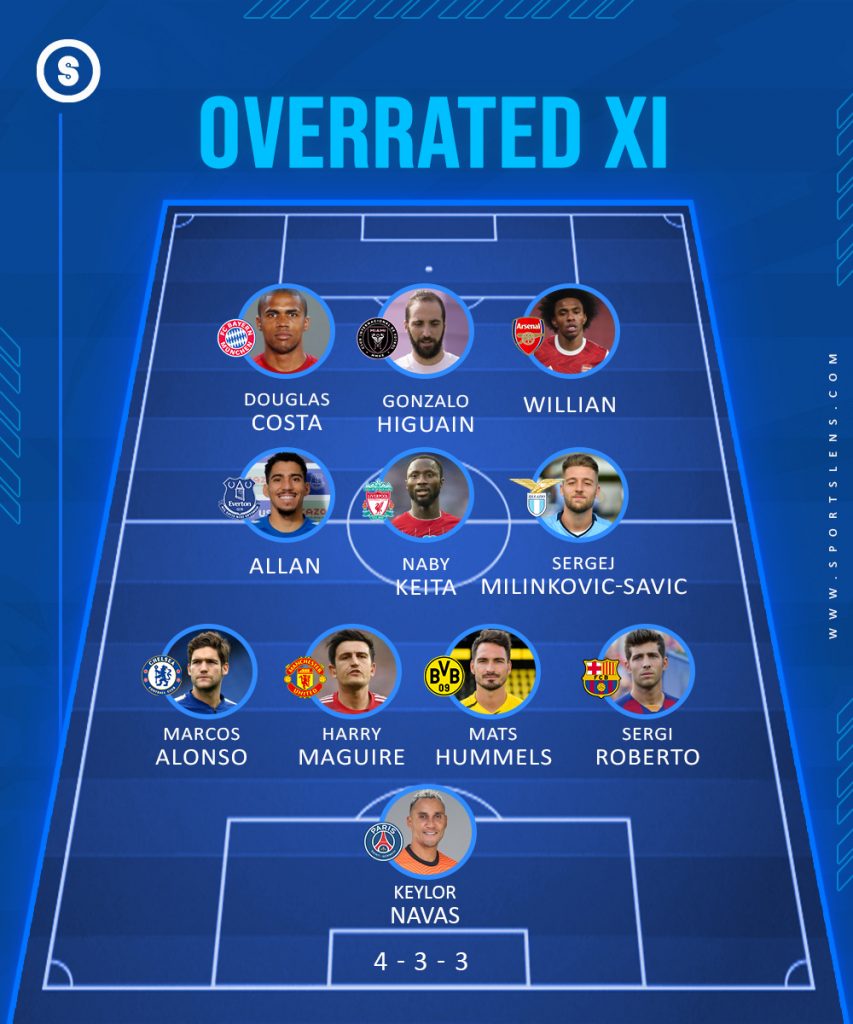 It’s worth pointing out that we have no disrespect to the players we may have rather controversially selected for this series – we simply feel they’re given too much praise at times.

These players will have been selected for a handful of different reasons – some of them will perhaps not be justifying the big money spent on them, others may be getting too much hype from the media.

We’ve really enjoyed putting this together, and we hope you will enjoy reading this series regardless of whether you agree with our selections or not. 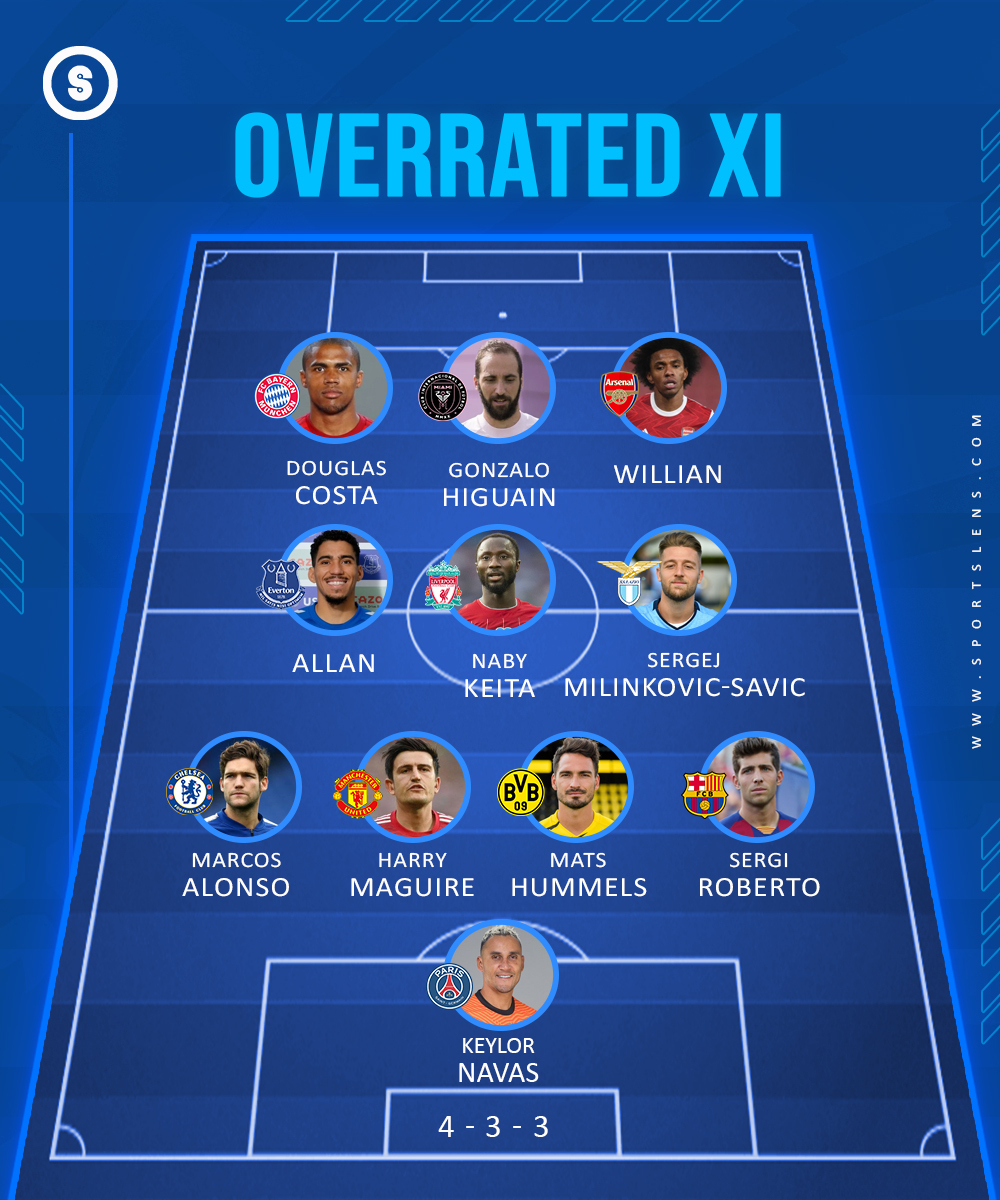 Here is the Overrated XI:

Keylor Navas – PSG’s keeper is no longer keeping up with his reputation.
Sergi Roberto – Barcelona’s right-back has been overshadowed by a certain young American.
Mats Hummels – Borussia Dortmund’s centre-back has been on a decline, and it’s showing this season.
Harry Maguire – Manchester United’s captain and star defender is overburdened by his transfer fee.
Marcos Alonso – Chelsea’s left-back has failed to hit the heights of seasons gone by.
Sergej Milinkovic-Savic – Lazio’s midfielder is extortionately-priced.
Naby Keita – Liverpool’s midfielder is yet to find his best form.
Allan – Everton’s midfielder is being praised for potential, not actual performance.s
Willian – Arsenal’s winger hasn’t scored a goal but is hailed as a key component of Arteta’s team.
Douglas Costa – The Juventus winger, currently at Bayern Munich, needs a fresh challenge.
Gonzalo Higuain – The former Real Madrid striker went to Juventus and became over-rated in the process.

You can give your feedback on the Overrated XI series to ZakSportWriter or Sportslens.