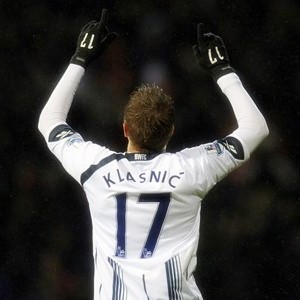 For all the bad traits in the game of football, sometimes the sport can inspire you, can give you hope. Forget the racism scandal surrounding John Terry, the diving, spitting and swearing – the game’s values of  hard work, dedication and endeavour can shine through.

The game and the players that make it can triumph through adversity, injury and personal grievance to compete on an international scale and delight the supporter on a Saturday afternoon.

Although there have been countless stories of bravery from the modern day footballer, some stand out above the rest.

Salvador Cabanas is regarded as one of South America’s most clinical goalscorers of the 2000’s, winning acclaim and accolade across the continent and the world. The Paraguay international starred at club level in his homeland, Chile and Mexico, with his most successful period being between 2006 and 2010 at Mexican side America. A goal-scoring record of 174 strikes in 319 games shows the Asuncion born man’s predatory instincts and calibre.

On a number of occasions Cabanas finished top goalscoring in Mexico and Chile, and was the top scorer in the Copa Libertadores in 2008 with America. Awarded as the South American Player of the Year in 2007, Cabanas also impressed at international level, scoring 10 goals in 44 appearances for his nation.

The front-man scored on two separate occasions against Brazil, and proved the difference in a famous 1-0 Paraguay victory over the Selecao back in June 2008.

The forward’s life was turned upside down on 25th January 2010 however, as he was shot in the head in a Mexico City nightclub by notorious drug lord Jose Balderas Garza. The cause of the incident has yet to be fully determined, with some suggesting Cabanas was defending himself against a robbery, others stating that the gangster reacted to a show of arrogance from the footballer.

Either way Cabanas’ life was on the line, but the South American showed tremendous battling qualities to survive the callous attack. As a craniotomy was deemed too risky by the doctors at the time, the bullet was not removed from his skull, and has not be taken out to this day. The striker left intensive care in February 2010, but suffers from short term memory loss and an altered way of life due to the assault.

Cabanas recovered adequately to feature in a exhibition game between the Paraguay national team and old club America in 2011, but could not continue his professional career. The story of his miraculous recovery warms the hearts of South American football fans, and his achievement must be deemed as extraordinary given the extremity of his injury.

Julio Gonzalez’s story of recovering from a tragic car crash and an amputated arm to play a part in the game in his homeland, also in Paraguay, is uplifting and endearing. The international attacker was playing for Vicenza in Italy back in December 2005, when he was involved in a high impact car crash when travelling to Venice airport. After being hospitalised for a month in Europe, doctors were forced to amputate the South American’s left arm.

Gonzalez had, and has, a clear love for the game, with the pinnacle of his career winning a silver medal with Paraguay at the 2004 Olympics. After the injury, the former Guarani player pledged to return to playing, and went through a strict and grueling rehabilitation process to regain health and fitness. He made his comeback in November 2007, turning out for Tacuary back in Paraguay. He later went on to play for Presidente Hayes also.

Despite losing the ability to play at the highest level, Gonzalez has remained an important member of the football community in his country, and in 2008 opened an Inter Milan football academy in the nation. He continues to coach local youngsters with the Milanese club’s backing and his enthusiasm for the game he loves has not dwindled despite his injuries. A true inspiration, Gonzalez could easily have quit the sport, but a fledging coaching career is in the making for the 30-year-old.

Ivan Klasnic is the first and only player to compete in a major competition after recovering from an organ transplant, going against medical opinion to play at the highest level. The Bolton attacker was diagnosed with kidney failure in January 2007, which threatened the Croatia international’s life – never mind his football career.

After a promising start to his time in the professional game at St Pauli, the Hamburg born forward moved to Werder Bremen in 2001, who he represented when he suffered the illness. After undergoing a transplant operation, using his mother Sima’s kidney, things looked grim as Klasnic’s body rejected the new organ.

The striker went under the knife for a second time soon after using his father’s kidney, and although the operation was a success, Klasnic was advised he would not be able to play the game he loved ever again.

The Werder Bremen man defied medical guidance and started to train again, making a miraculous recovery to the professional game on 24 November 2007, playing for the Weserstadion team against Cottbus Energie. From there, Klasnic has continued an impressive career, the highlight of which his involvement for Croatia in Euro 2008, scoring two goals in the process.

Klasnic has since left the Bundesliga club to play in Ligue 1 for Nantes and in England with Bolton. The goal-getter’s determination to compete at the highest level in the game despite his medical problems should be held in high regard, as Klasnic’s determination and dedication encapsulate the true footballer.

There are many more stories of heartache and recovery in the game, but the three men mentioned have shown extraordinary courage and resolve to bounce back from such debilitating blows in their lives, demonstrating that football can inspire, motivate and unify.﻿

Sports Illustrated has joined hands with Gillette Odor Shield for the Sweat for Greatness contest to celebrate ordinary men achieving extraordinary things. You are asked to vote for the one you find the most extraordinary at si.com/greatness.

The three final contestants are:

This is a sponsored editorial.