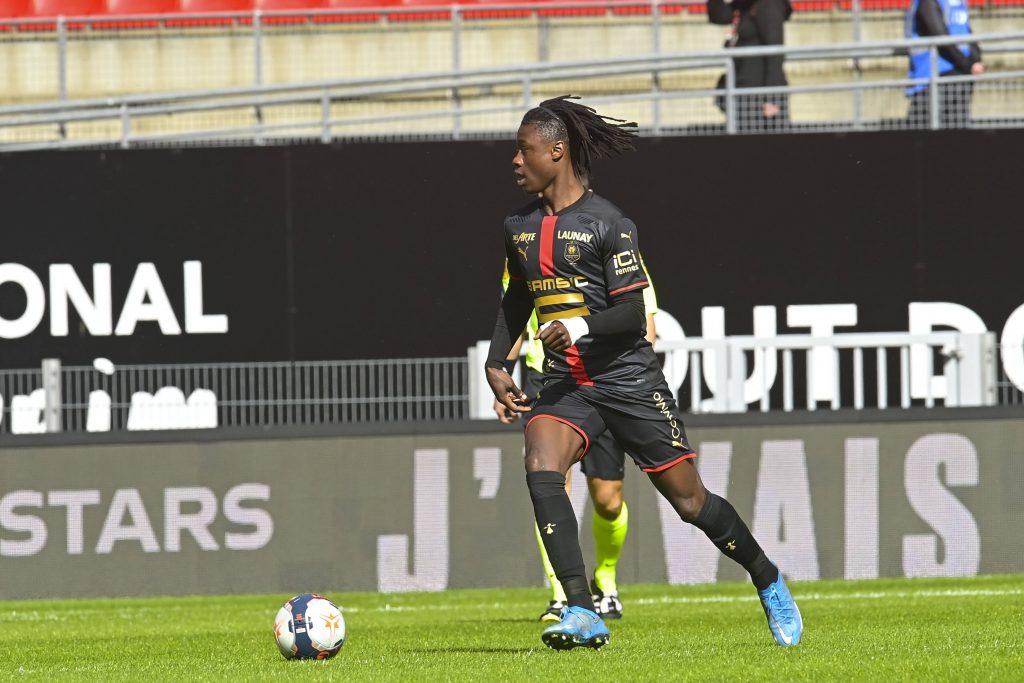 According to SPORT1 chief reporter Florian Plettenberg, Bayern Munich are looking for a new midfielder and have been monitoring Rennes youngster Eduardo Camavinga for two years.

Bayern are looking for a new midfielder. The club has been watching Eduardo Camavinga for two years and are monitoring his situation closely. Camavinga is unlikely to extend his contract (expires in 2022) and would therefore be sold this summer [Meine Bayern-Woche, @Plettigoal] pic.twitter.com/3343aidArc

The France international is unlikely to extend his contract, which expires in 2022, and he is expected to be sold this summer.

The 18-year-old is also a target for Real Madrid, but if there is a club that should be pulling out all the stops for the teenage sensation, it is Liverpool.

Netherlands international Georginio Wijnaldum is all but certain to leave Anfield at the end of the season after five years, with both club and player unable to reach an agreement over a new deal.

The 30-year-old has been tipped to join Barcelona as a free agent with the Catalans manager Ronald Koeman eyeing a reunion, but he is not short of suitors, with the likes of Inter Milan also keeping tabs on him.

Liverpool need to land a quality replacement, and Camavinga has everything it takes to be the perfect long-term successor to the Dutchman.

Since bursting onto the scene in 2019, the teenager has continued to improve and impress the big clubs across Europe.

Liverpool need to bolster their squad this summer if they are to challenge for the Premier League title next season after their disaster of a title defence this term.

A hungry player who is always eager to prove himself like Camavinga would be the perfect buy for the club.

Bayern and Madrid are both keen to become regular Champions League winners, and they know that the Frenchman has everything it takes to bolster their squads.

Jurgen Klopp’s men should join the race given their need to replace an outgoing star.

In other news, Real Madrid have been dealt a huge blow ahead of Liverpool meeting.