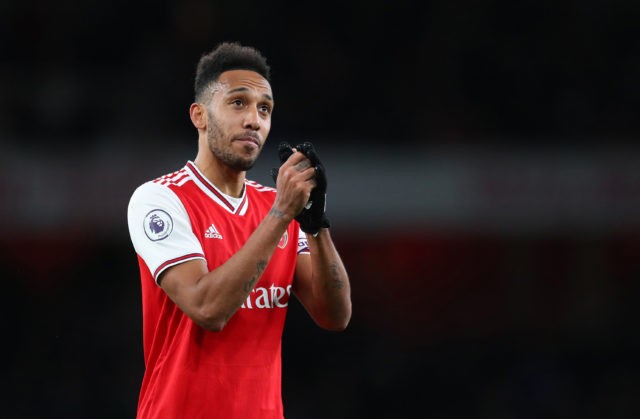 Manchester United are considering to bolster their forward line next summer, irrespective of whether they sign Odio Ighalo on a permanent deal, and have been linked with a host of strikers so far, including Arsenal hitman Pierre-Emerick Aubameyang.

The 63-times capped Gabon international joined the Gunners in the January transfer window of 2018 after Arsenal paid £56 million to Borussia Dortmund for his signature. He has scored 61 goals in 96 games for the club, and has been in terrific form this season, scoring 17 league goals this term.

The 30-year-old has just a year left on his contract and he is yet to sign an extension at the London club. La Liga giants Barcelona have shown interest in him, but it seems they’ve shifted their attention towards signing Lautaro Martinez instead. It leaves Manchester United as one of the strong candidates for his signature.

However, the Red Devils boss could sign the Gunners skipper on a relatively cheap deal. The Gunners are reportedly interested in signing United centre-back Chris Smalling, who is currently out on loan at AS Roma.

The England defender has been very impressive for the Italian outfit, and several clubs including Arsenal, Leicester and Everton are vying for his signature. The Gunners have made a formal approach about signing Smalling who would be available for around £25 million.

Thus, United should look to include Smalling as a part of a package deal to lure Aubameyang away from the Emirates in the summer. Aubameyang is a terrific goalscorer and would be a cracking signing for the Red Devils.