On This Day in Football: Uruguay destroy Brazil, Liverpool return to Europe 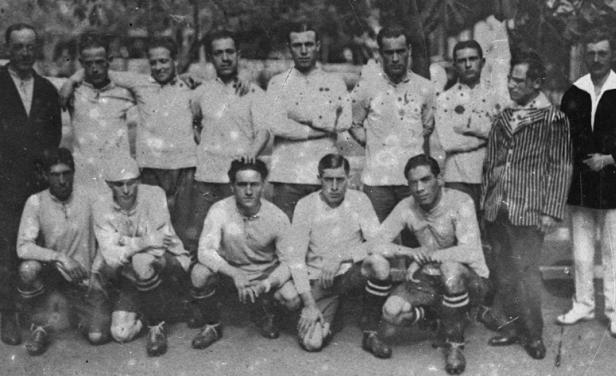 On this day in 1920, Uruguay smashed Brazil 6-0 in a Copa America match. The drubbing still remains the biggest defeat in Brazil’s history along with the 7-1 loss inflicted by Germany in the 2014 FIFA World Cup.

Uruguay were two-time winners of the tournament which began in 1916. Brazil got to lift the trophy in 1919 by beating Uruguay 1-0 in extra time. The rivalry between the two giants of South American football was legendary.

Brazil had beaten Chile 1-0 and Uruguay had drawn 1-1 with Argentina before the two sides met each other at the Estadio Valparaíso Sporting Club in Viña del Mar, Chile. Angel Romano, Antonio Uridinaran and Jose Perez each scored a brace and Antonio Campolo grabbed one for himself to record an absolutely shocking result in the tournament’s history.

Brazil’s dismal form continued as they lost 2-0 to Argentina in the next game. But Uruguay lifted the trophy by beating their Chilean hosts 2-1 in the final round. Romano and Perez were on target once again.

On this day in 1991, Liverpool returned to European football following the completion of their six-year ban after the tragic Heysel Disaster.

Liverpool’s journey in the competition was exciting to say the least. They lost 2-0 to Auxerre in France but overturned the deficit at Anfield by scoring three.

Another goal-fest awaited in the next round as the Merseysiders hammered Austrian side Swarovski Tirol 6-0 on aggregate with Saunders scoring five of the goals.

Liverpool looked the part and with the form they had shown in the tournament so far, few could have doubted their credibility to go on and lift the trophy. Serie A side Genoa however had other ideas. They won the first leg of the quarter-finals 2-0 and recorded a famous 2-1 victory at Anfield in the return tie.

All hopes were dashed and Liverpool were tragically eliminated from the competition. If there is any consolation, they won the FA Cup that season.