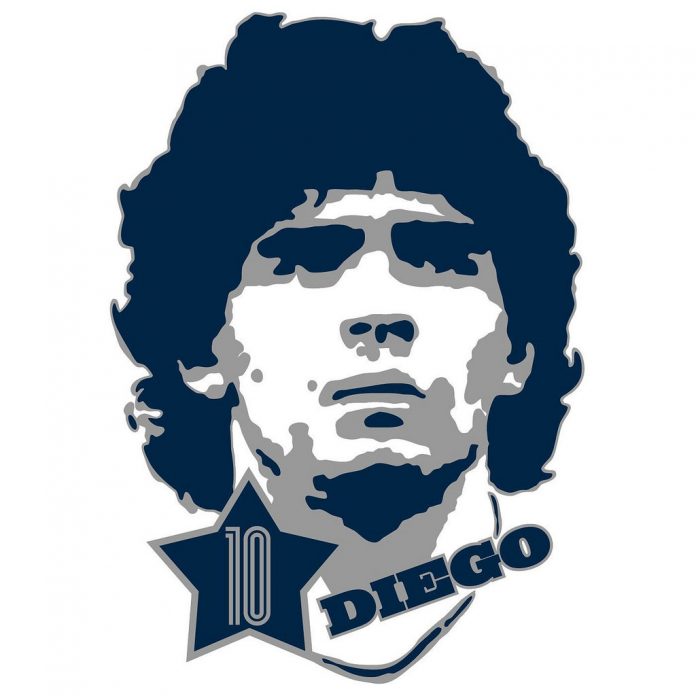 On this day in 1960, Diego Maradona, one of the greatest players to ever play the game, was born in Lanus, Argentina.

Maradona’s prodigious skill with a football was apparent from the beginning. Aged just eight, he was spotted by a scout from Argentinos Juniors. Enthralled by his talent, Argentinos soon took him under their wings to play in their youth team – Los Cebollitas or The Little Onions.

“When Diego came to Argentinos Juniors for trials, I was really struck by his talent and couldn’t believe he was only eight years old,” said Francisco Cornejo, the man who discovered Maradona.

“In fact, we asked him for his ID card so we could check it, but he told us he didn’t have it on him. We were sure he was having us on because, although he had the physique of a child, he played like an adult.

“When we discovered he’d been telling us the truth, we decided to devote ourselves purely to him.”

Maradona made his professional debut in 1976 at the tender age of 15 in a match against Talleres de Cordoba before embarking upon a world conquering journey that would see him play for Barcelona and Napoli among others and winning the World Cup almost on his own for Argentina in 1986.

On this day in 1974, England played their first match under Don Revie. Yes, that bloke who always gets mentioned as a side note on practically every Brian Clough article on print and media alike.

Before Clough burst onto the scene, however, Revie was one of the best and most successful managers in the country. Under his tutelage, Leeds went from being Second Division winners to lifting two First Division titles and the FA Cup.

In 1974, England came calling and Revie gladly took the job. His first match as Three Lions boss was an emphatic 3-0 win over Czechoslovakia at Wembley in a Euro qualifier. Revie’s England did not concede a goal in his first six matches in charge and were unbeaten in the first nine which included an impressive 2-0 win over West Germany. His first loss was costly as Czechoslovakia won 2-1 in Bratislava the following year which helped them qualify for the Euro at England’s expense.

This was the start of a disappointing tenure. England failed to qualify for the 1978 World Cup. His relationship with the FA chiefs at an all time low, Revie looked for a way out. He missed a friendly against Brazil in Rio de Janeiro on the pretext of a “scouting assignment” which in fact was a meeting with the United Arab Emirates to negotiate a contract. He left England to manage the UAE before returning to club football with Al-Nasr and Al Ahly.

He never managed another English club in his career.