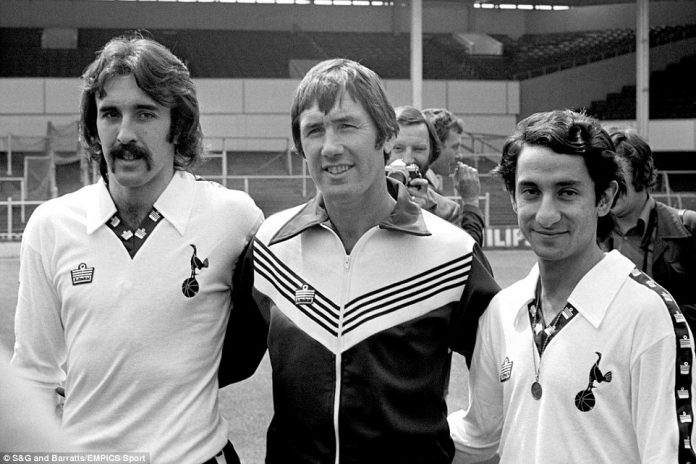 Tottenham Hotspur shocked the world in the summer of 1978 when they signed Argentina’s World Cup winning stars Osvaldo Ardiles and Ricardo Villa from Huracan and Racing Club respectively.

Spurs were back in the First Division after spending the previous season away from top flight football. Manager Keith Burkinshaw personally travelled to Argentina to sign the midfield duo. The pair made their league debut at the City Ground against reigning champions Nottingham Forest. Villa’s debut goal helped Spurs settle for a draw.

The long awaited day finally arrived as Spurs’ superstar signings made their home debuts at White Hart Lane on this day in 1978. Welcomed by nearly 48,000 fans hurling ticker-tapes like they do in Argentina, Ardiles and Villa were to play Aston Villa.

The Villains though, were not the least bit bothered about the day’s festivities as they hammered Spurs 4-1. Someone clearly did not receive the script.

On this day in 1995, the Heysel Stadium reopened ten years after the tragic disaster that occurred in 1985 during the European Cup final between Liverpool and Juventus. One of the worst tragedies in football, it caused the deaths of 39 people while leaving as many as 600 others injured to varying degrees.

Following the disaster, Heysel was used only for athletics. But  $50 million worth of rebuilding and a change in name saw it reopened for football once again. Belgium hosted Germany in a friendly. A crowd of 33,000 fans were present at the now King Baudouin Stadium as the Germans won 2-1 thanks to goals from Andreas Moller and Fredi Bobic. Michael Goossens scored for the home team.

On this day in 2008, Argentina beat Nigeria 1-0 in the gold medal match at the Beijing Olympics. With Lionel Messi and Sergio Aguero tightly marked, it all came down to Angel di Maria to find the winner.

Messi’s defence splitting through ball from deep allowed Di Maria to get around Nigeria’s defensive line, latch on to the ball, before exquisitely chipping it over the goalkeeper.