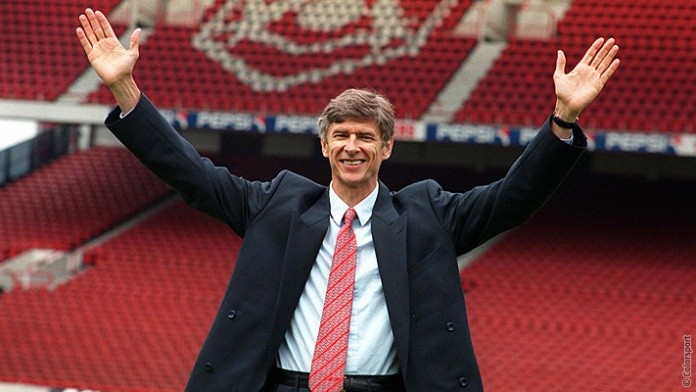 On this day in 1996, Arsene Wenger officially assumed the managerial role at Arsenal.

Born in Strasbourg, Wenger started his footballing journey with FC Duttlenheim back in 1959. The Frenchman enjoyed a very undistinguished career as a player for Mutzig, Mulhouse and Starsbourg before entering football coaching in 1983 as an assistant to Jean-Marc Guillou at Ligue 2 club Cannes.

Wenger’s rigid attention to detail coupled with his desire to bring the best out of everyone helped Cannes reach the quarter-finals of the Coupe de France. Although they failed to win promotion, Wenger’s work on the squad was rewarded with the offer to become the manager of AS Nancy where he spent three years before moving to AS Monaco.

He won the Ligue 1 title in his first season and added a Coupe de France title three years later. After seven seasons with Monaco, he left for Japanese club Nagoya Grampus. Toyota, who were majority shareholders of the club had seen Wenger deliver a coaching presentation at one of FIFA’s conferences. Impressed by his knowledge and idea of football, they offered him the job to coach Nagoya. It is important to note that Nagoya had finished bottom of the J-league the season before Wenger joined, and continued their poor from into the new campaign. It took some time, but Wenger’s methods brought about a tremendous change at the club and the club finished runners-up at the end of the season while also winning the Emperor’s Cup and the Super Cup under Wenger.

Meanwhile Arsenal had fired Bruce Rioch as their head coach. Dutch legend and former Barcelona manager Johan Cruyff was strongly linked with the job at Highbury but the club took a gamble with this unknown Frenchman from the far side of the world.

The Gunners finished third in his first season but Wenger soon remedied that by masterminding a Premier League and FA Cup double in the 1997-98 season. He won the double again in 2001-02 before guiding Arsenal through an unprecedented ‘Invincible’ season in 2003-04.

Pele hangs up his boots 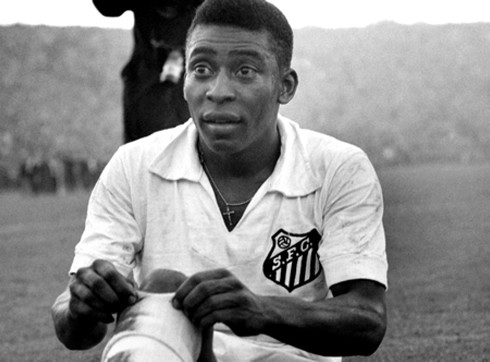 On this day in 1977, Brazil legend Pele played the last game of his stellar professional career in a friendly between his two former clubs – Santos and the New York Cosmos.

Played in front of 77,000 fans at the Giants Stadium in New Jersey, Pele played one half for each side. Saantos took the lead through Reynaldo in the first half, but Pele equalised through a free-kick shortly afterwards. This would be his last goal in professional football. He played the second half for Santos but his replacement for the Cosmos, Ramon Miffin, scored for the American club to give them a 2-1 victory.

Widely regarded as the greatest footballer to ever play the game, Pele won three FIFA World Cup titles in a career that lasted for more than two decades.