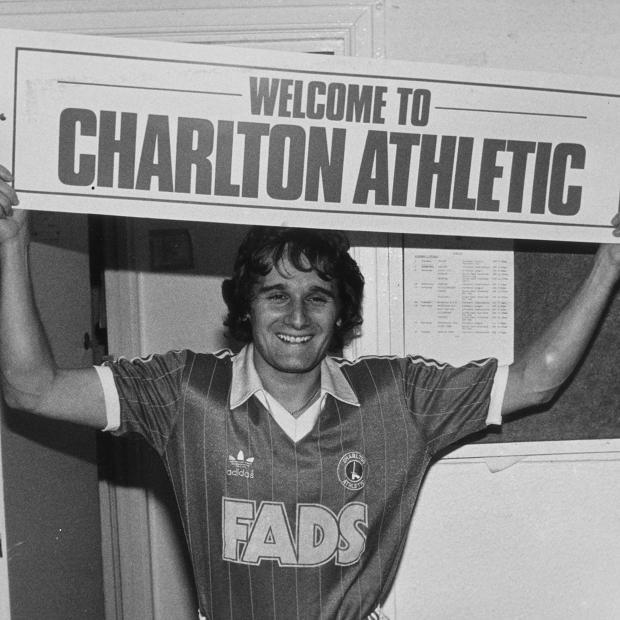 On this day in 1982, Danish superstar and former European Footballer of the Year Allan Simonsen made his debut for English second division club Charlton Athletic. That is correct.

Simonsen turned down offers from Real Madrid, Tottenham Hotspur and a host of other big clubs to join the Addicks where he believed he could play under less pressure and media attention.

The diminutive striker rose to international recognition with Bundesliga side Borussia Monchengladbach with whom he won three league titles and two UEFA Cups. He was awarded the prestigious Ballon d’Or in 1977. He left Gladbach for Barcelona in 1979 and enjoyed a relatively successful period with the club, winning a Spanish Cup and a UEFA Cup Winners Cup in three seasons.

In 1982, the Catalans signed Diego Maradona. During that time, a Spanish club could only field a maximum of two foreign players in its starting XI. Barcelona also had Bernd Schuster in their ranks which meant that Simonsen had to battle with two other international stars for a place in Barca’s first team. He requested for a transfer which the club accepted.

However, the move to Charlton was shortlived. The club could only afford to pay his wages for three months before putting him up for sale. He rejoined his childhood club Vejle Boldklub in 1983, much to the disappointment of Charlton fans.

But despite his short time in England, Simonsen managed to score nine times in 16 appearances for Charlton.

On this day in 2010, Scottish club Airdrie United made the most horrible mistake involving a poppy flower in the history of humankind.

Airdrie were scheduled to play Livingston in a Scottish Division Two match. The club had made grand plans as a special commemoration for Remembrance Day. This included a poignant, yet inspiring pre-match programme. The cover page of the programme featured soldiers on a train, saying their heartfelt goodbyes to their close ones, before heading off to the horrors of war.

The only problem was the fact that the soldiers in the picture were not the British armed forces but Nazis. That’s correct, yes. To add insult to injury, the photo featured the phrase “Lest We Forget” which was accompanied by the logo of veterans’ charity Poppy Scotland and their famous tagline “Supporting Our Heroes”. 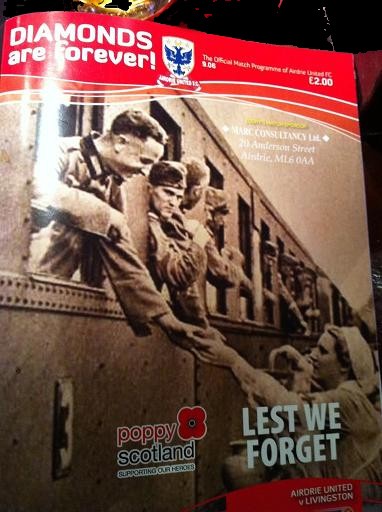 Club secretary Ann Marie Ballantyne insisted that the image was definitely and obviously not deliberate. She added that Network Rail had been lined up as match sponsors but they pulled out in the end. However, by then the programmes were already at the printers. She then proceeded to say something that should have been kept quiet.

“We were told the soldiers were Australian.”