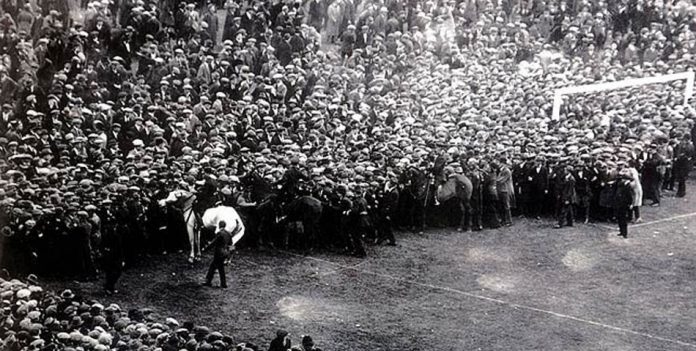 On this day in 1895, Manchester United, then going by the name Newton Heath, beat Walsall Town Swifts 14-0 with nine of the goals coming from Joe Cassidy.

Newton Heath’s impressive feat was dealt with a blow however as the Second Division fixture was scrapped after Swifts lodged a complaint protesting the state of the pitch. A replay had to be scheduled to play the tie again. The Mancunians, although not as impressive as in the first match, still won 9-0 and Cassidy scored just six goals.

Milan gets a new club

On this day in 1908, the city of Milan got a brand new football club in the form of Internazionale.

A group of Italian and Swiss football enthusiasts split from the popular Milan Cricket and Football Club (AC Milan) after expressing their unhappiness over the domination of Italians at the club.

The renegades wanted to form a new club that would be more inclusive and attract people from all walks of life regardless of their nationality. Therefore, on 9 March 1908, the Football Club Internazionale was officially founded.

Inter have since then gone on to become one of the most successful clubs in world football.

On this day in 1946, the Burnden Park Disaster took place resulting in the deaths of 33 people.

Burnden Park, home of Bolton Wanderers, was playing host to Stanley Matthews and his Stoke City side in the second leg of an FA Cup sixth round tie. With the Second World War over, British football experienced an unprecedented boom in attendances at football stadiums. This match was reportedly watched by 85,000 fans.

This was during an era when fans paid for tickets at the turnstiles rather than buying them before hand. However, it did not stop thousands of ticketless supporters to enter the ground. With the health and safety measures at football stadiums still at a substandard level, two of the barriers collapsed causing a crush.

Around 400 fans were injured and 33 were killed in what was then the the worst stadium disaster in British history. Astonishingly, the game was allowed to continue and the tie ended 0-0.

Stanley Matthews was later recorded as saying that he was ‘sickened’ that the game was allowed to continue despite the fatalities.