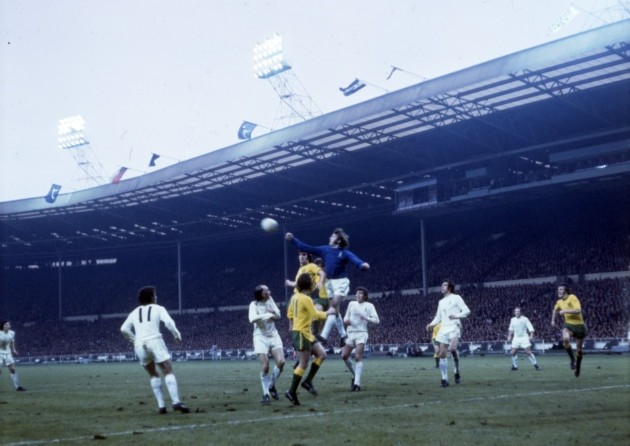 On this day in 1928, Bristol Rovers striker Ronnie Dix became the Football League’s youngest ever goal scorer following his strike against Norwich City.

A Bristol native, Dix was only 15 years and 180 days old when he put the ball in the back of the next against the Canaries in Rovers’ 3-0 victory in a Third Division South fixture. To this day, Dix remains the Football League’s youngest ever goal scorer.

He stayed with Rovers for four seasons before moving to Blackburn Rovers in 1932. In a playing career that lasted until 1949, Dix also starred for Aston Villa and Derby County where his reasonably prolific goal scoring record earned him an England cap. The Bristol man scored on his debut against Norway. This was the only time he ever played for the Three Lions.

Tottenham Hotspur signed him in 1939 but the outbreak of the Second World War put a momentary stopper to the Football League and Dix had to guest star for several clubs including Liverpool in unofficial friendlies. His last stint in professional football was with Reading before retiring in 1949.

On this day in 1973, Tottenham Hotspur beat Norwich City 1-0 at Wembley to win their second League Cup in three years.

Spurs had beaten Aston Villa 2-0, thanks to a brace from Martin Chivers, at the same venue in 1971 to win their first ever League Cup and now opportunity presented itself to win another.

A 100,000 strong crowd filled the old Wembley as the two teams took to the pitch. Spurs legend John Pratt had to come off due to injury in the 25th minute and was replaced by Ralph Coates. As luck would have it, Coates scored the only goal of the game in the 72nd minute, a right footed drive from just outside the penalty box, to give Spurs another taste of League Cup success.

Norwich’s great run came to a disappointing end. The Canaries had beaten Arsenal 3-0 in the quarter-finals before beating Chelsea 3-0 on aggregate in the semi-finals.