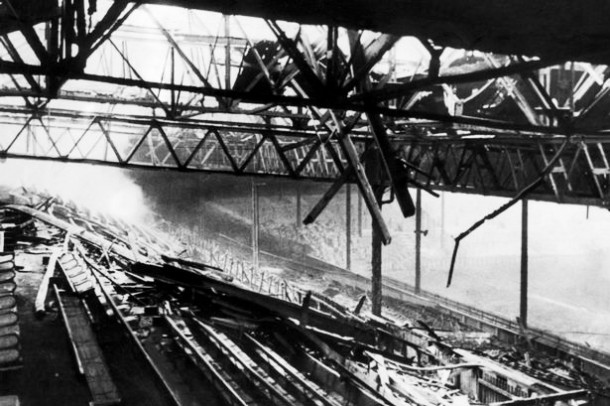 On this day in 1900, Juventus made their competitive debut in Italian football in a 1-0 loss against Torinese.

Playing in their original pink and black kit, Juve were one among three Piedmont based teams vying for the Italian Football Championship against clubs from Lombardy and Genoa. Despite being formed in 1897, Juve were not admitted into the Italian league until 1900.

The Old Lady beat Ginnastica twice, both with a score line of 2-0, before losing to Torinese again. Juve’s debut season saw them play just four matches.

Their first championship success came in 1905 in their iconic black and white kit.

The 1934 FIFA World Cup in Italy saw the introduction of qualifiers as the number of interested participants increased significantly after witnessing the spectacle in Uruguay four years ago.

On this day in 1934, both Spain and Germany played qualifying games for the grand event and both scored nine goals in the games.

Germany inflicted the misery on Luxembourg and were 3-0 up inside half an hour at the Stade Municipal. VfL Benrath superstar Josef Rasselnberg scored four in the game as Germany won 9-1.

Victims of Spain’s utter ruthlessness were their Iberian neighbours and fellow footballing giants Portugal. Playing in Madrid, the Spaniards were 3-0 up at the break and thanks to Real Oviedo legend Isidro Langara’s five goal feat, won the match 9-0.

Neither Germany nor Spain could win the World Cup of course after falling short against Czechoslovakia and eventual winners Italy, respectively.

On this day in 1941, an air raid from the Germans during the Second World War destroyed Manchester United’s Old Trafford stadium.

The Luftwaffe had been conducting raids on Manchester since 1940. An important industrial hub, Manchester’s Trafford Park in Stretford was also a centre of war production.

On one such raid, Old Trafford was hit and United were forced to play their home league games at Manchester City’s Maine Road ground for many seasons.

At the completion of the war in 1945, the War Damage Commission gave United £4800 to clear out the debris and £17,478 to rebuild the stands. It would take four years for the rebuilding to complete as United played all of their home ties at Maine Road until 1949.

Their first game at the refurbished Old Trafford was in August 1949 against Bolton Wanderers.

On this day in 1951, India won the Gold Medal in football after beating Iran in the final of the Asian Games at New Delhi.

A total of six teams participated in the football event including Asian heavyweights Iran and Japan. India opened their account with a 3-0 win against Indonesia in the quarterfinals courtesy of a brace from former Mohun Bagan hero and Eastern Railway Club striker Sahu Mewalal. East Bengal forward Pansanttom Venkatesh also got on the score sheet.

The semi-finals pitted them against Afghanistan. Mewalal and Venkatesh were on target once again as the Indians recorded another 3-0 victory. Iran had beaten Japan 3-2 in the other semi-final.

A solitary goal from Mewalal who was in red hot form was all it took for India to beat Iran in the final and win a historic Gold Medal on home soil. Mewalal finished the tournament as the top scorer with four goals.