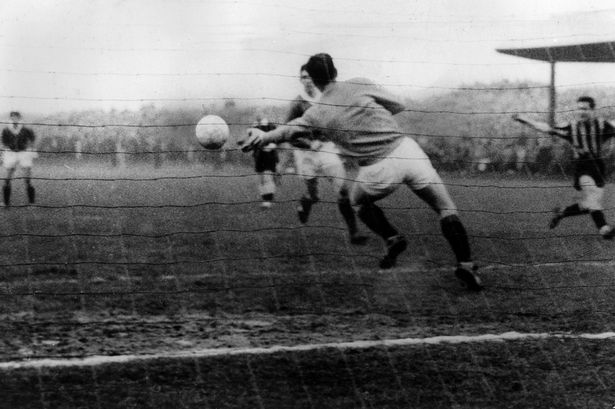 On this day in 1967, Scottish second division side Berwick Rangers produced one of the biggest upsets in the Scottish Cup by beating Glasgow Rangers in the first round of the competition.

Founded in 1884, Berwick were languishing at 10th on the Division Two table while Rangers, one of Britain’s biggest clubs, were the defending Scottish Cup champions. This David versus Goliath showdown took place at Berwick’s Sheffield Park ground where 13,365 fans fill the stadium to the brim.

Rangers obviously dominated the game in large parts by attacking the Berwick defence relentlessly. The Glaswegians had ten corners by the time the clock hit the half an hour mark. But Berwick just about managed to keep Rangers at bay and took the lead in the first half through forward Sammy Reid.

Playing under player-manager Jock Wallace, Berwick managed to hold on to their slender lead for the remainder of the game and won 1-0. The result sent shock waves up and down the country. The Scotsman, in splendid subtlety, described the result as “the most ludicrous, the weirdest, the most astonishing result ever returned in Scottish football”.

Berwick were paired with Hibernian in the next round but the fairytale ended after losing the match 1-0.