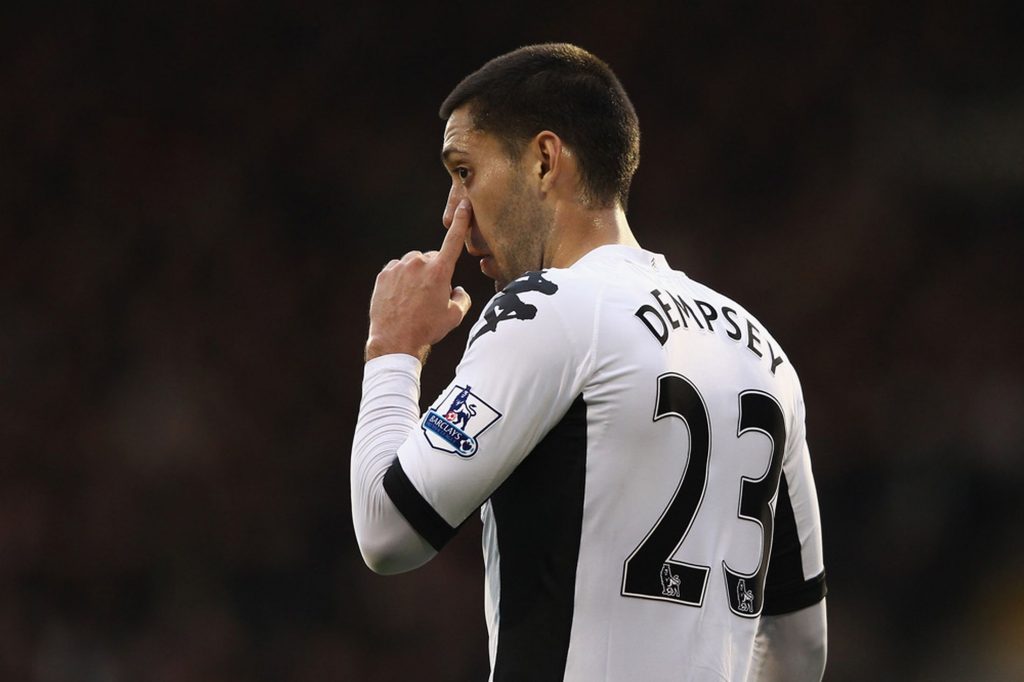 On this day in 2012, United States international Clint Dempsey became the first American footballer to score a hat-trick in the Premier League.

Signed in the January transfer window of 2007 from New England Revolution, Dempsey quickly established himself as one of the integral members of the Fulham squad. Consistent performances for the club made him a fan favourite at Craven Cottage.

Midway through the 2011-12 season, Fulham, struggling in the bottom half of the league table, welcomed high flying Newcastle United to London. The Magpies had beaten the Londoners 2-1 in the reverse fixture at St. James’ Park earlier in the season and were doing really well in the league. Their form was evident as the half time scores read 1-0 to the visitors.

However, Fulham returned for the restart with renewed vigour and kick started a spectacular comeback through a Danny Murphy penalty in the 52nd minute. Dempsey then added a brace before Bobby Zamora converted another spot kick to establish a 4-1 lead. Newcastle’s French star Hatem Ben Arfa reduced his side’s deficit in the 85th minute but Dempsey completed his hat-trick minutes before full time to help his side win 5-2.

The American was in scintillating form that season as 23 goals in all competitions attracted the attention of Tottenham Hotspur who brought him to White Hart lane at the end of the campaign.