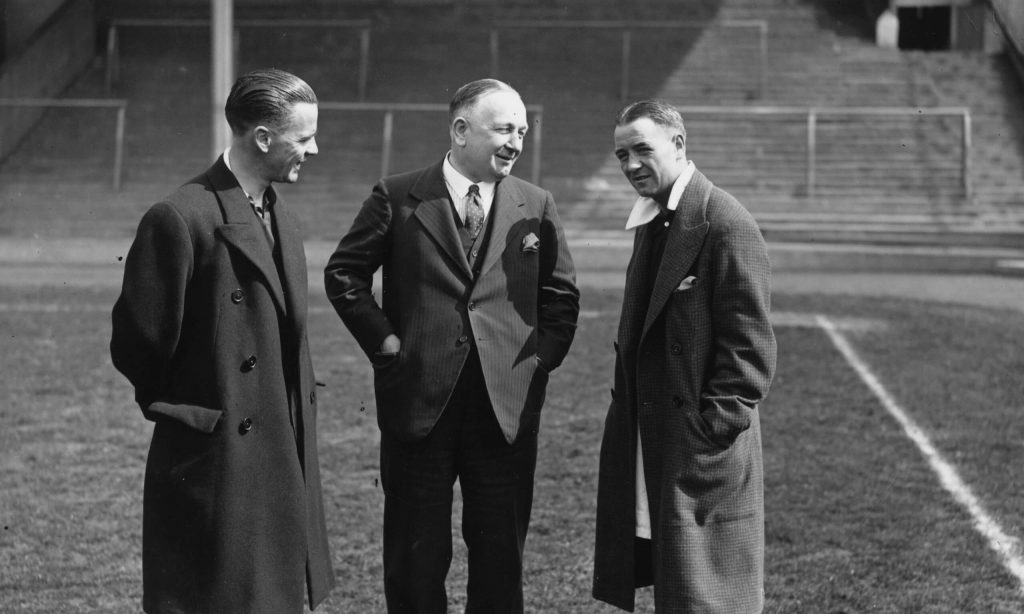 On this day in 1878, legendary Arsenal manager Herbert Chapman was born near Rotherham in Yorkshire.

A miner’s son, and one of 11 children, Chapman was a bright young lad who grew up to study mining engineering at the Sheffield Technical College. The Chapman family boasted many footballers with Herbert’s younger brother Harry, a Sheffield Wednesday legend having won two league titles and an FA Cup. Older brother Thomas played for Grimsby Town.

Chapman’s senior playing career kicked off in 1896 and lasted until 1909 during which he featured for many clubs including Rochdale, Grimsby, Northampton Town, Sheffield United and Tottenham Hotspur. He spent his last two years on the pitch as player-manager for Northampton and almost immediately brought about a paradigm shifting change in football management.

In an era where tactics and strategising were largely overlooked, Chapman made it sure that his teams were well organised on the pitch. Northampton hugely benefited from Chapman’s vision and went on to lift the Southern League championship in the 1908-09 season. He moved to Leeds City, the predecessor of Leeds United, in 1912 but that ended in disappointment as he left the club in 1918 amid a well publicised scandal involving illegal payments to players during wartime football.

Huddersfield Town jumped at the opportunity to sign Chapman who led them to two First Division titles and an FA Cup in four years with the club before moving to Arsenal in 1925. This is where Chapman’s legacy was cemented as his tactical flair and conscientious approach to football made him a well known figure in the sport and Arsenal one of the best sides in the world. His time in London lasted for nine years during which the Gunners won two league titles and an FA Cup.

On this day in 2008, Landon Donovan scored against Sweden to become the all time top scorer of the United States men’s national team.

The US were entertaining the Swedes in a friendly at the Home Depot Centre in California and drew first blood in the 15th minute through debutant Eddie Robinson to establish a 1-0 lead before going into the break. The second half saw centre back Mattias Bjarsmyr foul US striker Jozy Altidore resulting in a penalty. Donovan stepped up to convert the spot kick as the US won the match 2-0.

Donovan retired from international football in 2014 having notched up 57 goals in 157 matches for the USMNT.