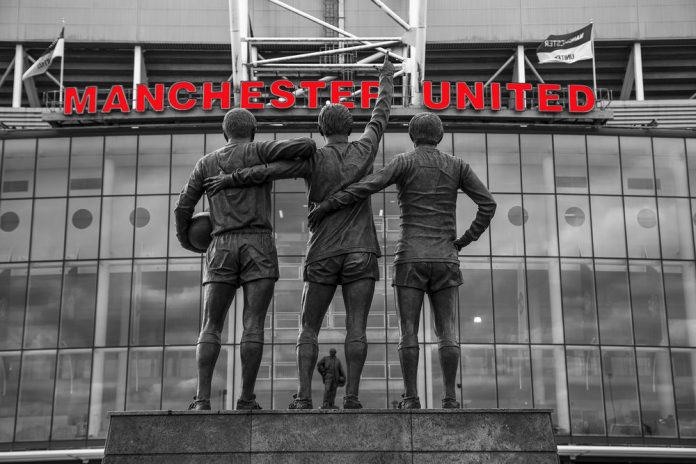 On this day in 1964, Manchester United’s Holy Trinity – Denis Law, Sir Bobby Charlton and George Best – played together for the first time.

Best, a United academy graduate like Charlton, made his debut in the 1963-64 season in the 2-2 draw against West Bromwich Albion. But the return fixture saw the three players start together for the first time. United won 4-1 with Law scoring a brace while Charlton and Best also got on the score sheet.

“Right away, you could see the great chemistry between them. Great players know how to play together. However tough the match was, you always knew Bobby could unleash one of his strikes from God-knows-where, Denis would make something out of nothing inside the box or George would just do something magical,” said former United player Paddy Crerand.

The three club legends’ legacy at the club was immortalised with a statue outside Old Trafford. The trio helped United become the first English side to lift the European Cup after beating Benfica in the 1968 European Cup final.

The FA abolishes the wage cap

On this day in 1961, English football finally saw the end of the maximum wage policy following protests from the Professional Footballers’ Association.

The PFA, led by Fulham legend Jimmy Hill, called for a strike on 21 January 1961, but the FA caved in to the demands three days prior to the proposed strike. At this point the maximum wage cap was £20 per week. Following the lifting of the restriction, Hill’s Fulham teammate Johnny Haynes’ wage sky rocketed to £100 a week.

We did a detailed article on the PFA’s fight against the FA and the Football League that sheds more light on this issue. It can be read here.