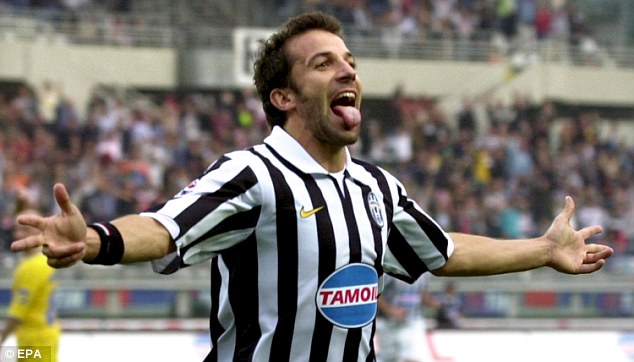 On this day in 1915, Serie A giants Inter Milan recorded their biggest win margin by hammering Vicenza 16-0.

The two teams met in the semi-final group of the Northern Italian championship. Both Inter and Vicenza were in tremendous form having won their qualification groups in stunning fashion. Inter had won nine of the 10 games while Vicenza registered victories in eight matches.

Inter’s 16-0 victory still remains a club record to this day. Vicenza did well in the return fixture back in Veneto and held the Milanese to a 0-0 draw.

On this day in 2006, Alessandro Del Piero entered the Juventus record books by becoming the Turin club’s all time record goal scorer.

Del Piero joined the Juve first team squad in 1993 and enjoyed a long and successful career with the Old Lady that lasted until 2012. During this period, the former Italy international won six Serie A titles, one UEFA Champions League title and one Intercontinental Cup, among other honours.

Giampiero Boniperti had been Juve’s leading scorer since 1961 but Del Piero had matched his tally by 2006 when Fiorentina came calling for a Coppa Italia fixture. Del Piero scored a hat-trick in a 4-1 win to cement his legacy in the club’s history.