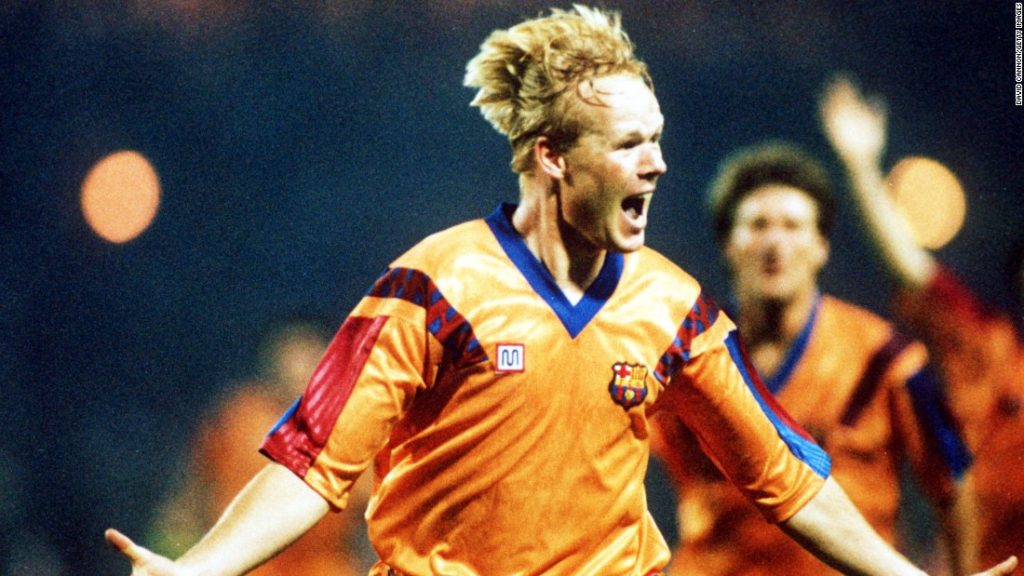 On this day in 1992, Barcelona won their first ever UEFA European Cup by beating Serie A side Sampdoria 1-0 in the final.

Played at the Wembley Stadium in London, the match remained 0-0 at the end of 90 minutes. Opportunity to salvage a late winner came in the 111th minute when Sampdoria defender Giovanni Invernizzi, who had come on as a substitute in the 73rd minute, fouled Barcelona winger Eusebio Sacristán just outside the box.

Up stepped Barca’s free-kick specialist Ronald Koeman who had won the European Cup with PSV Eindhoven in 1988.

Koeman’s shot blasted past Sampdoria keeper Gianluca Pagliuca and put the Catalans 1-0 ahead. The Dutchman had scored 16 goals in the league that season but this was his first goal in Europe in 11 appearances. And what a time to score!

The win gave Barcelona their first ever European Cup title.

On this day in 1998, Real Madrid won their seventh European Cup by beating Juventus 1-0 in Amsterdam.

Predrag Mijatović’s 67th minute strike was enough for Real to lift the European Cup and inflict a second consecutive final defeat on Juventus.

The Serie A giants had suffered heartbreak in 1997, losing to Bundesliga outfit Borussia Dortmund.