On This Day in Football: Green is the colour at Goodison, Man With The Golden Head arrives 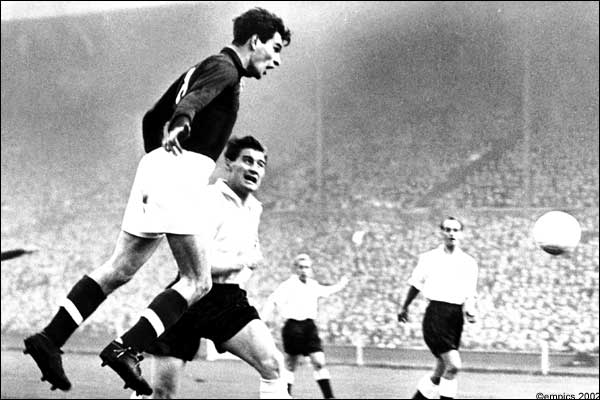 On this day in 1949, Republic of Ireland beat England 2-0 at Goodison Park to become the first foreign team to defeat the Three Lions at home.

The match was a friendly with both countries eager to make full use of it ahead of the 1950 FIFA World Cup. England, despite missing the great Stanley Matthews and Stan Mortensen, fielded a very strong team that included Tom Finney and Billy Wright. The Ireland team was spearheaded by Manchester United legend and the then Footballer of the year, Johnny Carey.

Goodison Park was buzzing as the two teams took to the field. Irish goalkeeper Tommy Godwin was in inspired form and with Carey, Con Martin and Tom Aherne in defence, The Boys in Green managed to thwart wave after wave of attacks from England early on in the game.

Ireland took the lead in 33rd minute after Peter Desmond was brought down inside the box. Con Martin took the subsequent penalty and put the ball past Bert Williams.

England returned stronger after the interval and were extremely unlucky to not get an equaliser when Portsmouth’s Peter Harris’ shot rattled the crossbar.

Harris must have rued his misfortune for days as his namesake, Peter Farrel, sealed the victory for Ireland in the 85th minute. The Everton legend, playing in his home ground, received a pass from Tommy O’Connor and calmly lofted the ball over an advancing Williams to hand Ireland their first win against England on English soil.

Birth of a Hungarian legend

On this day in 1929, Hungarian football legend Sandor Kocsis was born in Budapest.

An extremely prolific goal scorer, Kocsis was part of the legendary Hungarian team of the 1950’s, the Aranycsapat or The Golden Team, that also included the likes of Ferenc Puskas and Nandor Hidegkuti among others.

Kocsis scored a brace in Hungary’s famous 7-1 victory over England at the Nepstadion in 1954. He also started the game against the Three Lions at Wembley the previous year when Hungary embarrassed them 6-3.

A career that lasted for more than 20 years, Kocsis played for Ferencvaros, Honved and FC Barcelona among others. He scored an astonishing 75 goals in 68 apps for Hungary.

Upon his retirement in 1966, he opened a restaurant in Barcelona and also tried his hand at coaching with Barcelona and later at football management with Hercules CF between 1972 and 1974.

But tragedy struck soon as he was diagnosed with leukemia and later with stomach cancer. Kocsis departed the mortal world at the age of 49 on 22 July in 1979. But it was not cancer that killed him. He fell to his death from the fourth floor of a hospital building in Barcelona. Some suggest that he committed suicide, others speculate that it was just an accident. Whatever may have happened, the legacy of the Man with the Golden Head still lives on with us.