On This Day in Football: Chelsea set European record 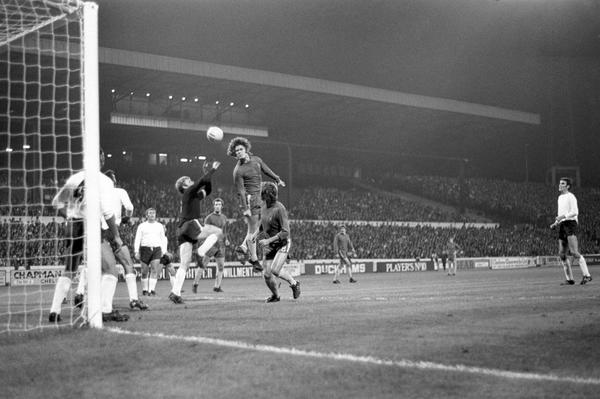 On this day in 1971, Chelsea recorded the biggest win by an English club in Europe by beating Jeunesse Hautcharage 13-0 in the European Cup Winners’ Cup. The Blues won 21-0 on aggregate.

Chelsea were defending champions of the competition, having beaten Real Madrid in a replay in Greece that year. Led by Ron Harris at the back and aided by goals from Peter Osgood, the Blues were a formidable force both domestically and in Europe.

Hautcharage’s journey into the Cup Winners’ Cup was nothing short of a fairytale. They were an amateur football club from south west Luxembourg and played in the regional third division of the country’s football pyramid. The team featured a one-armed striker, four brothers and a bespectacled midfielder. This band of misfits somehow managed to make it all the way to the semi-final to play national champions Union Luxembourg who were unbeaten all season. But the streak was put to an end as Hautcharage became the first team from the third tier to reach the Cup final.

They beat one of Luxembourg’s big guns Jeunesse Esch in the final to seal a historic victory and book their place in Europe. They were drawn against Chelsea in the first round. Osgood scored a hat-trick as Chelsea won the first leg 8-0 in Luxembourg. If this was carnage then the return leg at Stamford Bridge was an absolute massacre.

Dave Sexton’s boys were 6-0 up at half-time with Osgood netting a brace. He then bagged a second half hat-trick to become the fourth Chelsea player to score five goals in a match. The scoreboard read Chelsea 13-0 Hautcharage at full-time.

You might be wondering what happened next. Well, Chelsea lost the next round to a tiny little Swedish club called Atvidaberg. The Swedes drew 0-0 at home before a 1-1 score line at Stamford Bridge eliminated Chelsea on away goals. Football can be hilarious at times.