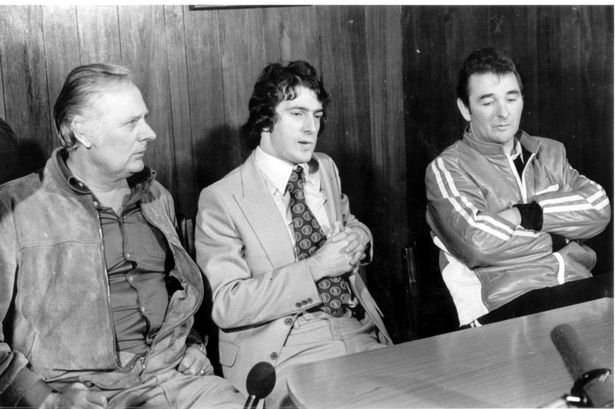 On this day in 1979, Trevor Francis became the first million-pound man in English football history when he moved from Birmingham City to Nottingham Forest.

A prolific goal scorer, Francis began his professional career with City in 1971. A brief loan spell in the North American Soccer League saw him score 22 goals in 19 league matches for the Detroit Express. In February 1979, the Brian Clough managed Nottingham Forest put in a bid for Francis that amounted to £1,150,000 which included add-ons and a 15% commission to the Football League.  Clough insisted that he only paid £999,999 for Francis as he wanted to ensure that the huge transfer fee did not go to the player’s head. But Francis later admitted that it was tongue-in-cheek.

Francis’ transfer broke the previous English record set by West Bromwich Albion who had signed David Mills from Middlesbrough for £516,000 in the previous month. The million pound mark had already been broken in world football, however, as Napoli paid Bologna £1,200,000 for Guiseppe Savoldi in 1975 setting a new world record. Paolo Rossi’s move from Juventus to Vicenza in 1976 cost a reported £1,750,000.

On this day in 1985, a Second Division fixture between Sheffield United and Oldham Athletic had to be abandoned because of a bomb scare at Bramall Lane.

Forty years since the end of the Second World War, an unexploded bomb was found near Sheffield’s home ground. The match was rescheduled for 12 February and the Blades won 2-0 with 8,857 fans in attendance.