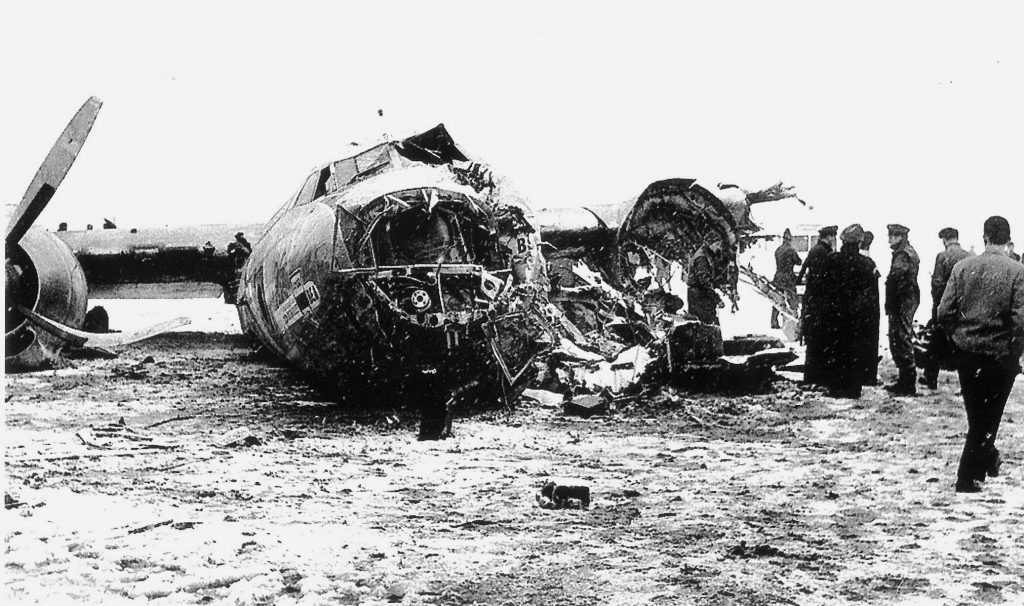 On this day in 1958, a plane carrying players and staff of Manchester United crashed at the Munich-Reim airport in Germany resulting in the deaths of 23 people.

United were returning to Manchester from Belgrade, Yugoslavia after eliminating Red Star Belgrade in the quarter-finals of the European Cup. They had to halt in Munich to refuel as a nonstop flight from Belgrade to Manchester was beyond the plane’s range. The captains abandoned take-off not once but twice due to engine problems. Rejecting the idea of an overnight stay in Munich, Captain James Thain attempted to take-off for a third time. A layer of snow and slush had covered at the end of the runway. The plane hit the slush, causing it to plough into a fence and its left wing torn off after hitting a house.

Among the dead were eight Manchester United players – Duncan Edwards, Roger Byrne, Geoff Bent, Eddie Colman, Mark Jones, Tommy Taylor, David Pegg and Liam Whelan. The crash also took the lives of three staff members and eight journalists who had travelled with the side, including former Manchester City goalkeeper Frank Swift who had been working for News of the World upon his retirement.

Despite this harrowing tragedy, United managed to rebuild and reached the final of the FA Cup that season but unfortunately fell short against Bolton Wanderers.

On this day in 1965, English footballing legend Sir Stanley Matthews made the last of his 704 appearances in the Football League.

A Stoke native, Matthews began his professional career with Stoke City in 1932 before moving to Blackpool in 1947. He returned to Stoke in 1961 and enjoyed four more years of football. His final appearance for the Potters came against Fulham at the age of 50. Injuries to Gerry Bridgwood and Peter Dobing forced Matthews’ inclusion in the starting XI as Stoke won 3-1.

On this day in 1999, on the 41st anniversary of the Munich Air Disaster, Manchester United visited bottom of the table Nottingham Forest for a league encounter.

Alex Ferguson’s men were leading the Premier League table and were dismembering the Forest side limb from limb. Hungry for more goals, Ferguson brought on Ole Gunnar Solskjaer in the 72nd minute. The Norwegian went on to score 4 goals in a 10 minute period to record an 8-1 away victory for United.