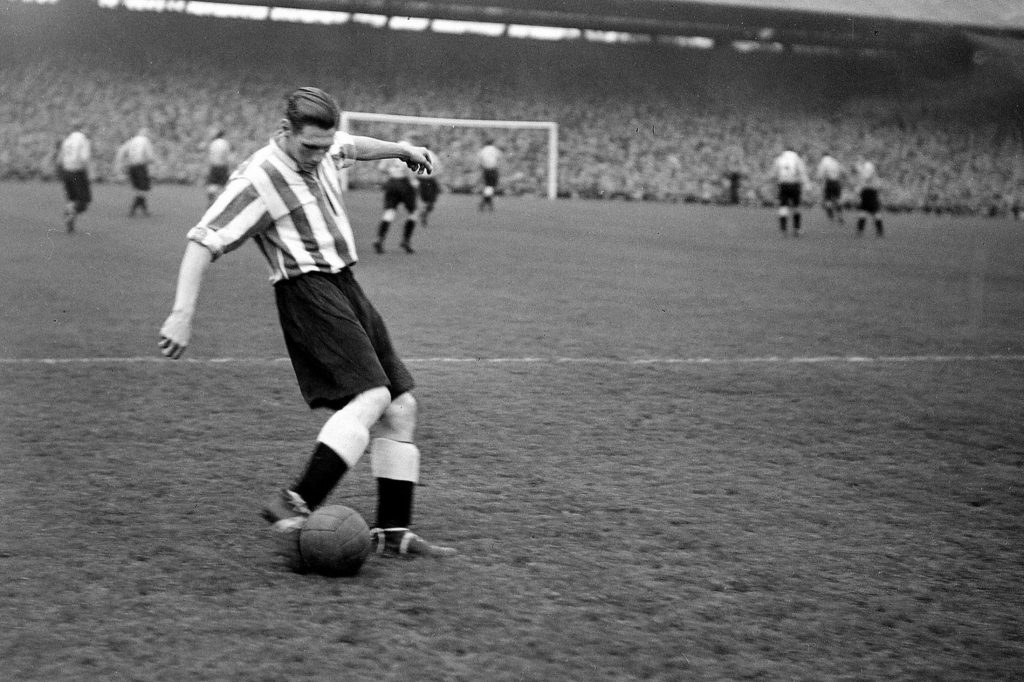 On this day in 1937, Stoke City hammered West Bromwich Albion 10-3 in a First Division fixture thus recording their biggest win in the league.

The previous game between the two clubs had ended in 2-2 and only six spots separated the two on the league table with Stoke at 14th and West Brom at 21st, one spot above the bottom.

Led by the legendary Stanley Matthews, Stoke did not waste any time to punish West Brom as Freddie Steele put the home side ahead in the 10th minute. West Brom responded stunningly by equalizing only a minute later. However, Steele completed a first half hat-trick to establish a 4-1 lead for Stoke. The Baggies added another goal at 5-2 but Steele added two more as the final score read Stoke 10-3 West Brom.

On this day in 1948, Sunderland completed the signing of Len Shackleton from rivals Newcastle United for a British record fee of £20,500.

Born in Bradford, Shackleton began his professional career with Bradford Park Avenue before moving to Newcastle United in 1946. Extremely prolific in front of goal, Shackleton scored six goals on his debut as the Magpies hammered Newport County 13-0 in a Division Two fixture. The Bradford man’s consistency attracted the attention of big spenders and Newcastle’s fiercest rivals Sunderland. The Black Cats had earned the nickname of the ‘Bank of England’ club for their lavish spending and had some of the country’s biggest names in their squad.

So on 4 February, Shackleton’s big money move broke the previous British transfer record set by David Jack when he moved from Bolton Wanderers to Arsenal in 1928. Shackleton played 348 league matches for Sunderland scoring 101 goals before retiring in 1957.