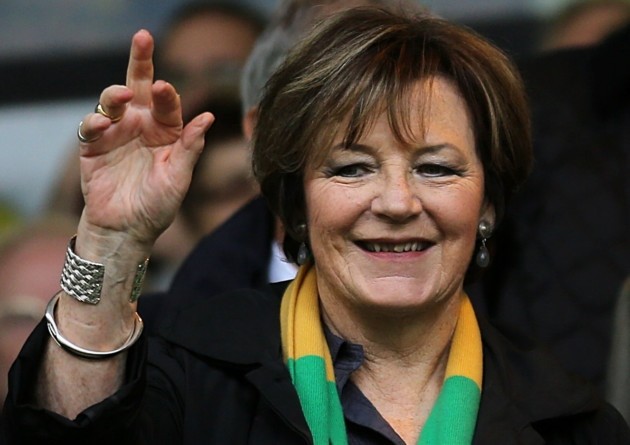 Smith, a celebrity chef and a majority shareholder at Norwich, is an ardent supporter of the Canaries. Her passion for the club came to everyone’s attention when Manchester City came calling in a very important league tie. Norwich were at the bottom of the Premier League table having won just three out of the 27 matches played so far. It looked like the club would be back in the Second Division. But Dean Ashton and Leon McKenzie scored in the 12th and 16th minute respectively to give the Canaries a surprising 2-0 lead.

However, the lead could not last as Antoine Sibierski and Robbie Fowler soon cut the deficit and the two teams went into the half-time interval with the scores tied at 2-2.

Smith, obviously perturbed by Norwich’s implosion, snatched the microphone and called on the fans present at the stadium to lend their voices.

“This is a message for possibly the best supporters in the world. We need a 12th man here. Where are you? Where are you? Let’s be having you. Come on!”

This unexpected outburst received both criticism and appreciation from the footballing masses. Some appreciated her passion for Norwich, some accosted her for being ‘undignified’.

Anyway, it did not matter in the end as Fowler scored in the 90th minute to give City a 3-2 win. Norwich were relegated at the end of the season.