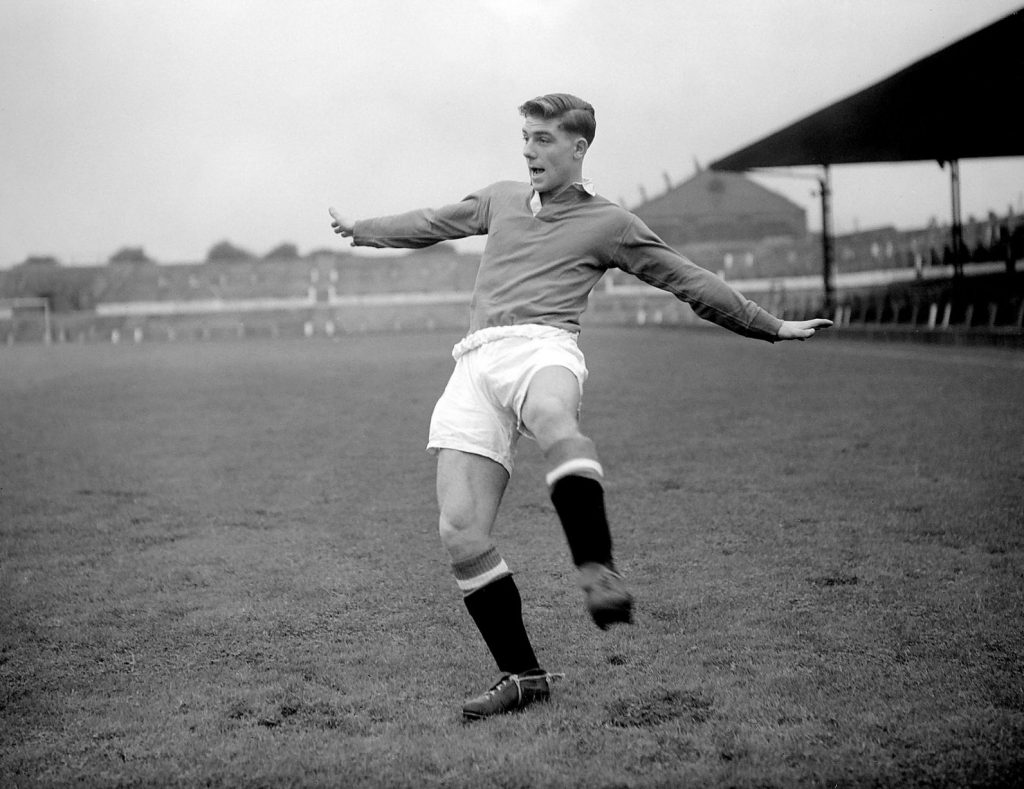 On this day in 1958, Manchester United superstar Duncan Edwards succumbed to the injuries that he received in the Munich Air Disaster and tragically lost his life at the age of 21.

Born in Dudley in 1936, Edwards’ prodigious talent with a football was apparent from a very young age. He was invited for a trial with the English Schools’ Football Association Under-14 team after impressing in local school tournaments. He eventually went on to captain the England Schoolboys for two years. Edwards’ rise in stature attracted the attention of Manchester United whose scout Jack O’Brien, reporting back to manager Matt Busby, said “today seen a 12-year-old schoolboy who merits special watching. His name is Duncan Edwards, of Dudley.”

Aston Villa and Wolverhampton Wanderers were also keeping tabs on Edwards but United managed to secure his services in 1952 and offered him a professional contract the following year. Edwards made his debut for the senior team at the age of 16 years 185 days which made him the youngest player ever to make an appearance in the top division.

Edwards’ steep rise continued and he gradually became an indispensible part of United’s first team, playing a crucial role in United’s consecutive title wins in 1956 and 1957. The following year, on a return trip from Belgrade after a European Cup quarterfinal fixture against Red Star Belgrade, the plane carrying the United squad, coaches and journalists, crashed at the Munich-Reim airport in Germany killing many on board.

Edwards survived the initial crash and was rushed to the hospital but unfortunately lost his brave battle just over two weeks later. Despite passing away at such a tragically young age, many still consider Edwards to be the greatest player they had ever seen. There is a particular quote from United legend Sir Bobby Charlton that offers us a glimpse of how ridiculously talented Edwards was.

“Duncan Edwards is the one person who, even today, I really felt inferior to. I’ve never known anybody so gifted and strong and powerful with the presence that he had.”