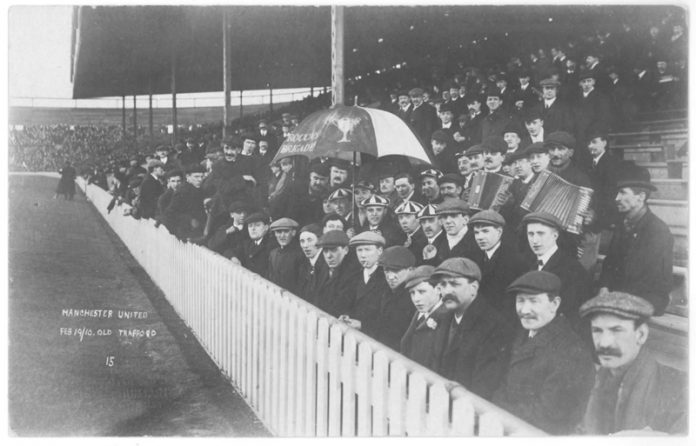 On this day in 1910, Manchester United played their first ever game at Old Trafford in a First Division tie against Liverpool and lost 4-3.

Before Old Trafford, United played their home games at the North Road ground in Newton Heath and then at the Bank Street stadium in Clayton. Both grounds were subpar and faced problems ranging from terrible pitches to polluted smoky air from the nearby factories. In 1909, United chairman John Henry Davies commissioned the construction of a brand new stadium.

Designed by the celebrated architect Archibald Leitch, the original plans included a 100,000-seater stadium but as costs began to rise, the capacity was reduced to approximately 80,000. The stadium was initially called the United Football Ground. It was not until 1936 that the club decided to call it Old Trafford.

United’s fiercest rivals Liverpool were the opponents as the two teams took to the pitch in what was the first ever game in the brand new stadium. The Merseysiders had already beaten United at Anfield earlier that season and completed the double with an impressive 4-3 win after going 1-0 down courtesy of a brace each from talisman Arthur Goddard and James Stewart. Goal scorers for United were Sandy Turnbull, Rom Homer and George Wall.