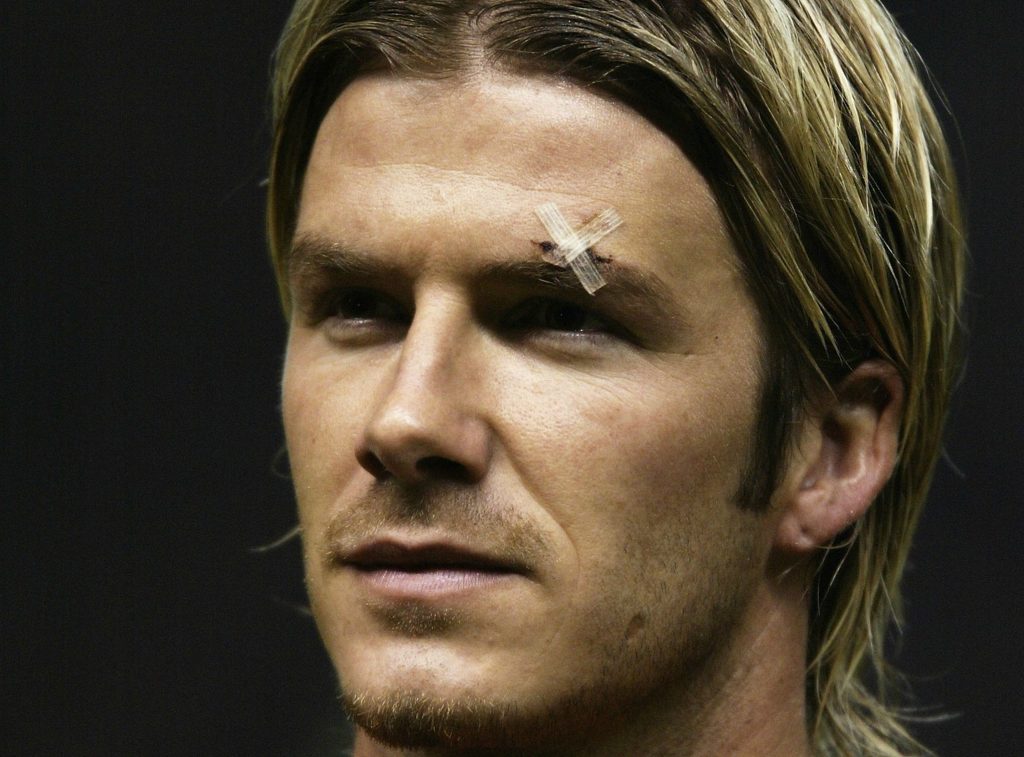 On this day in 2003, Manchester United legends Sir Alex Ferguson and David Beckham were involved in a bit of a skirmish following United’s FA Cup defeat against Arsenal.

The Gunners ran out 2-0 winners in the fifth round of the competition at Old Trafford eliminating United. Following the game, Sir Alex, obviously fuming, kicked a boot lying on the floor of the dressing room which hit Beckham in the face leaving him with a cut on his head that required multiple stitches.

“He was around 12 feet from me. Between us on the floor lay a row of boots. David swore. I moved towards him, and as I approached I kicked a boot. It hit him right above the eye. Of course he rose to have a go at me and the players stopped him. ‘Sit down,’ I said. ‘You’ve let your team down. You can argue as much as you like’,” reflected Sir Alex in his autobiography.

“The next day the story was in the press,” Sir Alex continued. “In public an Alice band highlighted the damage inflicted by the boot. It was in those days that I told the board David had to go.

“My message would have been familiar to board members who knew me. The minute a Manchester United player thought he was bigger than the manager, he had to go. I used to say, ‘The moment the manager loses his authority, you don’t have a club. The players will be running it, and then you’re in trouble.’”

On this day in 1995, violence erupted in a friendly between England and the Republic of Ireland at Lansdowne Road forcing the game to be abandoned.

Ireland took the lead in the 23rd minute courtesy of a David Kelly goal and soon after, a section of the England away support started ripping up seats and threw the debris down towards the lower stands where the home support was. The riot was caused by the English neo-Nazi organisation Combat 18 whose members were present at Lansdowne Road. There were chants of ‘Seig Heil’ and ‘No surrender to the IRA’ during the playing of the national anthems before kick-off.

The referee was forced to abandon the game and Jack Charlton, the England legend who was the manager of Ireland, went down the tunnel with chants of ‘Judas’ aimed at him from the away support.

Coincidentally, on the same day in 1913, Ireland recorded their first ever win over England. Billy Gillespie, who was making his debut, scored a brace as Ireland beat the Three Lions 2-1 in the British Home Championship.