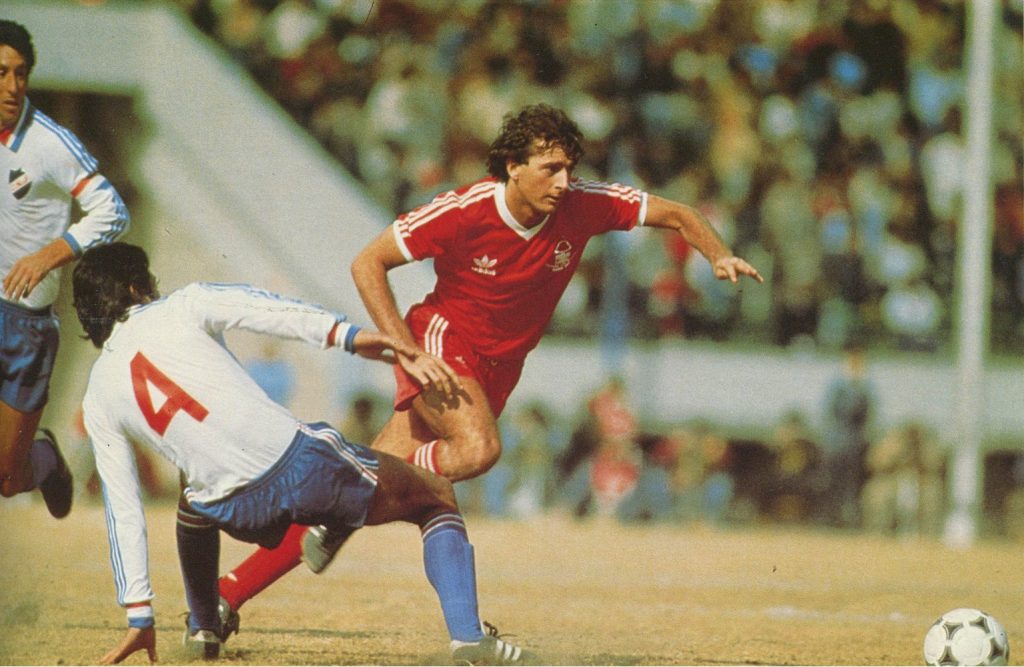 On this day in 1981, Uruguayan club Nacional beat Nottingham Forest 1-0 to lift the Intercontinental Cup.

Nacional, winners of the Copa Libertadores title after beating Brazilian club Internacional, were largely thought of as second favourites against Brian Clough’s Forest side who had just won two European Cups on the trot. Forest had beaten Hamburg in the final at the Santiago Bernabeu on 28 May, 1980 to be in the running for the Intercontinental Cup and were on an incredible 42-game unbeaten run.

Playing in front of 62,000 fans at the National Stadium in Tokyo, it was Nacional who caused all sorts of problems and took the lead through Waldemar Victorino in the 10th minute. The Uruguayan club held on to their lead until full time to frustrate Forest. Any attack from the European Cup winners was thwarted by a resilient Nacional defence.   The game ended 1-0 in Nacional’s favour and Victorino ended up with the Man of the Match award.

On this day in 2003, Didier Drogba scored his first goal for Ivory Coast in a 3-0 win over Cameroon.

The Former Chelsea superstar had made his international debut in the previous year against South Africa in the qualifying round of the African Cup of Nations. The friendly against Cameroon took place at Stade Gaston-Petit and Ivory Coast took the lead through Tchiressoua Guel before Drogba added his goal right before the half-time interval. Bonaventure Kalou scored a late penalty to complete a 3-0 rout.