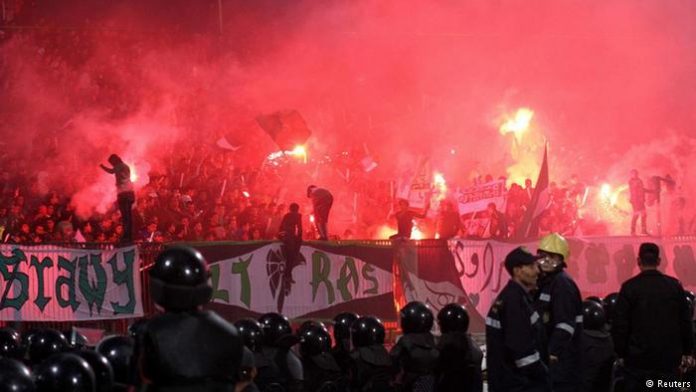 On this day in 1936, the Football League saw a new goals record as a total of 209 goals were scored on a single day of league football.

Some of the highest scoring games out of the 44 matches played included a 12-0 hammering of York City by Chester City and a thrilling 6-5 win by Chesterfield away at Crewe Alexandria. Coventry, Walsall, Watford, West Bromwich Albion and West Ham United all scored six goals in their fixtures while a total of six clubs scored five a piece.

The highest margins of victory in the First Division included West Brom’s 6-1 win over Liverpool and Brentford’s 5-0 drubbing of Wolverhampton Wanderers.

While it rained goals up and down the country, Aldershot and Bristol City met in what was a relatively dull affair as their Division Three South fixture ended in a modest 0-0.

On this day in 2012, 74 people died and over 500 were injured in riots following an Egyptian Premier League match between Al-Masry and Al-Ahly.

Played at Al-Masry’s Port Said Stadium, the match was delayed by 30 minutes as the home side fans invaded the pitch prior to kick-off. Al-Masry won 3-1 and the supporters stormed the pitch after each goal. Following the completion of the match, thousands of Al-Masry supporters attacked the travelling Al-Ahly fans and players with knives, fireworks and rocks.

The players were rushed to the dressing room but a large majority of the fans could not escape the chaos as some of the gates were still closed. A total of 74 people died on the night from stab wounds and stampede related injuries. And more than a 500 were injured.

The trials resulted in at least ten people receiving death sentences while many others received prison sentences varying in length.