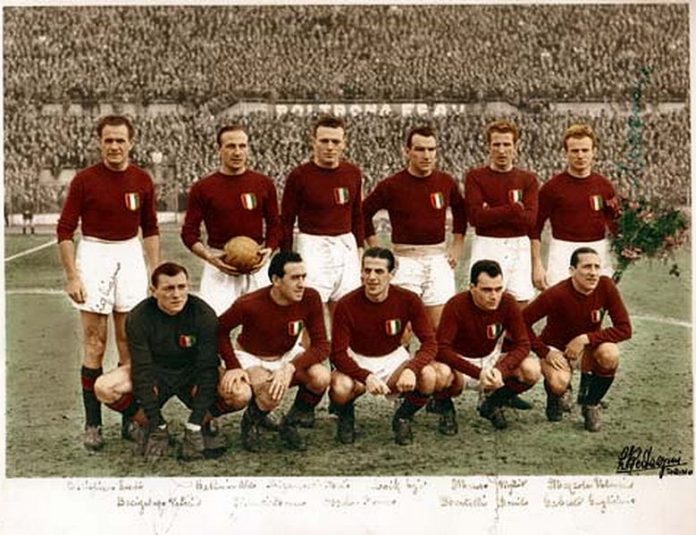 On this day in 1906, Torino Football Club is founded by a group of Juventus dissidents.

Several football clubs existed in the city of Turin prior to the formation of Torino, including 1898 Internazionale Torino, Football Club Torinese and Ginnastica Torino. Alfred Dick, former president of Juventus, disagreed with the club’s stride towards professionalism and therefore approached a few members of the other Torinese teams to form a brand new club.

His idea appealed to many who joined him in this brand new venture. The first meeting took place at the Voigt brewery in Turin.

The club won its first league title in 1928 before winning it four times in a row between 1945 and 1949 during which they were branded as “Il Grande Torino”. This fantastic run of success was tragically ended when a plane crash killed eighteen Torino players.

Il Toro have since one league title in 1976 but remain as one of the oldest and grandest football clubs in Italian football.

On this day in 1997, Brazilian football legend Pele received an honorary knighthood from the Queen at a ceremony in Buckingham Palace.

He could not style himself as ‘Sir’, however.