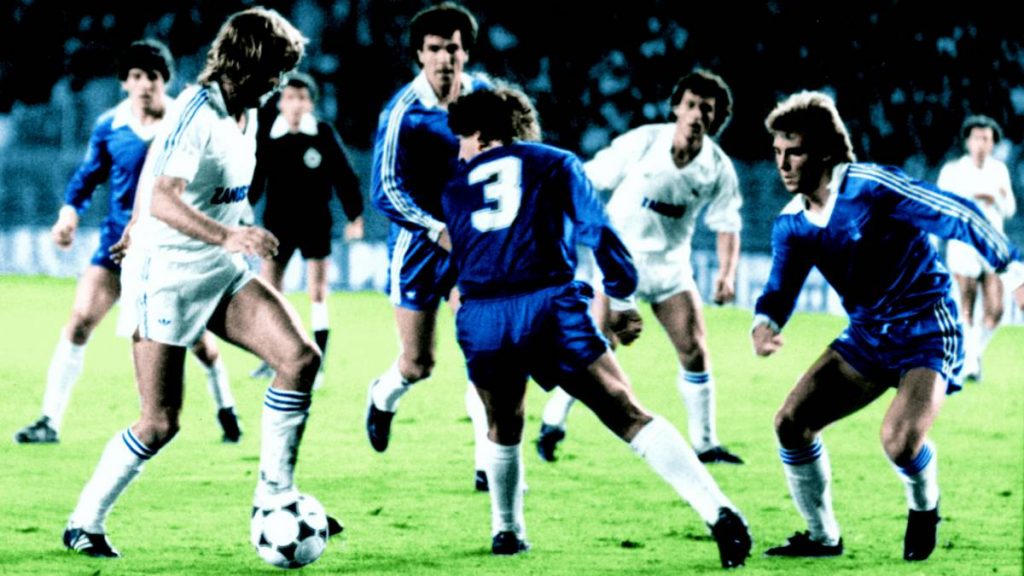 On this day in 1982, Real Sociedad beat Real Madrid 4-0 in the second leg to lift the inaugural Supercopa de Espana.

The Basque club had lost the first leg at the Santiago Bernabeu by 1-0, courtesy of a goal from Madrid’s Dutch defender John Metgod. The second leg, played at Estadio Atocha in San Sebastian, saw Sociedad hammer Madrid 4-0, three of the goals coming in extra time.

Sociedad took the lead through Pedro Uralde in the 53rd minute to bring the scores level on aggregate. It remained 1-0 for the remaining 90 minutes before the referee signalled for extra time. Lopez Ufarte doubled his side’s lead in the 91st minute. Uralde netted his second of the game in the 103rd minute before late substitute Jose Antonio Salguero scored an own goal for Madrid.

The match ended with an aggregate score of 4-1 to Real Sociedad.