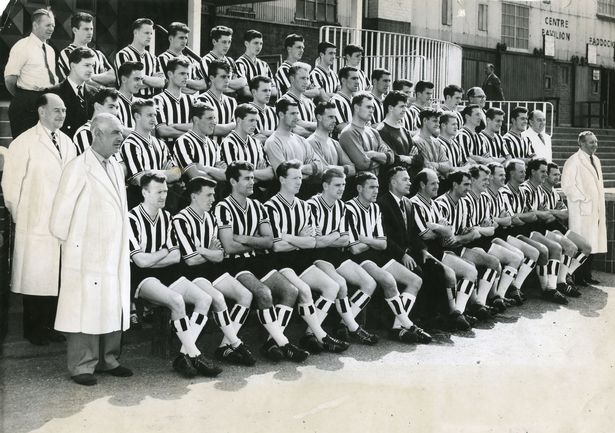 On this day in 1892, Sheffield United set a new Football League record by beating Port Vale 10-0 away from home in a Division Two fixture.

Port Vale, of course, were known as Burslem Port Vale back then and hosted United at their old Athletic Ground home in Codbridge, Stoke-on-Trent. A thousand fans graced the stands as Sheffield became the first away club to score ten goals in the Football League.

The two sides met again in the following week for the return leg at Bramall Lane where Sheffield won 4-0.

On this day in 1960, Newcastle United and West Ham United played a 5-5 draw in the First Division at St. James’ Park.

Only 20,106 fans turned up on a chilly December day to witness a goal fest that featured nine different scorers. Jackie Bell, John McGuigan, Bobby Mitchell and Len White (2) scored for the Magpies while the Hammers had John Bond, John Dick, Malcolm Musgrove and Dave Dunmore on the score sheet. West Ham’s fifth goal was scored by a Newcastle player whose name is sadly forgotten.

It was a bizarre season for Newcastle as they scored an impressive 86 goals in the league. But a nightmarish defence saw them ship in a club record 109 goals that ultimately resulted in their relegation from the First Division.