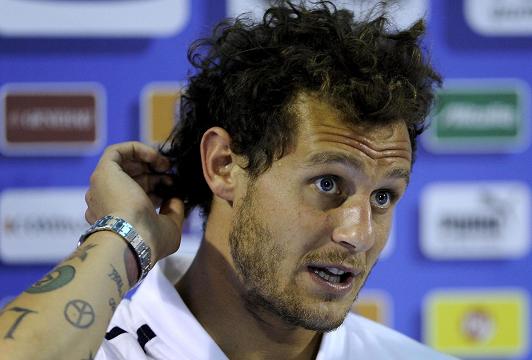 A statement on the Hornets’ official website read: “Watford have completed the signing of Italian international Alessandro Diamanti on a season-long loan, subject to receiving international clearance.”

The 32-year-old becomes Watford’s 13th signing of what has been a busy summer transfer window thus far. He spent the second half of the 2014/15 season on loan at Italian club Fiorentina, making 15 appearances for La Viola and scoring twice.

Diamanti has previous experience of Premier League football, having played for West Ham under ex-Watford manager Gianfranco Zola in the 2009/10 season. However, he left the Hammers the following summer to move to Italy with Brescia.

The attacking midfielder is an Italy international, and was part of the national team set-up for Euro 2012 as well as the 2013 Confederations Cup. He has one goal in 17 caps for the Azzurri.

Watford will hope Diamanti’s playmaking skills will help them secure their Premier League status this season. The Hornets have failed to win any of their two league matches so far, picking up draws against Everton and West Bromwich Albion.