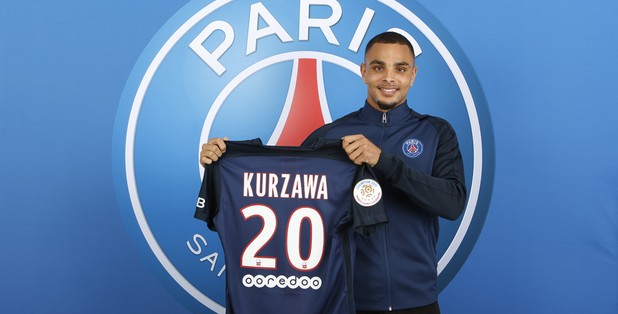 The full-back has signed a five-year deal with his new club after completing the obligatory medical tests earlier today.

The transfer was announced via a statement on PSG’s official website, which read: “Paris Saint-Germain is delighted to announce that Layvin Kurzawa has joined the club on a five-year deal until 30 June 2020.”

The 22-year-old came up through the ranks at Monaco before making his professional debut for the principality club in September 2010.

Kurzawa’s transfer to PSG was imminent after Monaco agreed a deal to bring in Portuguese left-back Fabio Coentrao from Real Madrid yesterday.

He has expressed his delight at joining the ambitious project of the French capital outfit, and underlined his desire to help his new club win silverware this season.

“I am very happy to have joined a club, and a project, as ambitious as Paris Saint-Germain.

“I will continue to progress alongside some of the best players in the world.

“I can’t wait to play my first match at the Parc des Princes, a stadium I have always loved, and help bring all the trophies we are fighting for this season to the Paris Saint-Germain fans,” said Kurzawa.

The left-back is a France international and has two caps to his name for Le Bleus. He made his international bow in November last year, and will hope his latest move to the French champions will secure his place in the national team ahead of Euro 2016 next summer.