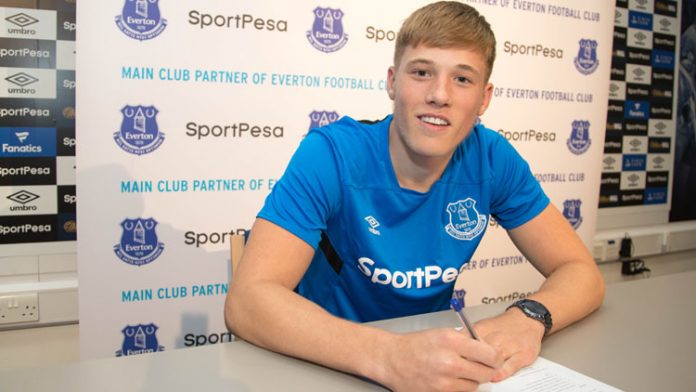 Premier League outfit Everton have agreed on a deal with Newcastle for the highly talented young defender Lewis Gibson.

The 16-year-old’s move to Merseyside was officially confirmed earlier today.

The Merseyside outfit have been busy strengthening their first team all summer and it seems that Ronald Koeman is just as interested in securing the talents for the future.

Gibson has signed a three-year deal at Goodison Park and the highly rated defender will join up with David Unsworth’s title winning U23 side now.

The likes of Spurs and Southampton were interested in the player as well but Everton have acted swiftly to secure his services.

Lewis Gibson is very considered as one of the best young talents in the country right now. Judging by Everton’s track record when it comes to developing youth players, it seems that the player has made the right move.

Speaking to the club media after his move, Gibson said: “Everton is a brilliant club and when the opportunity presented itself I wanted to be part of it. The reputation has long been there that Everton brings through young players. You only have to look at the likes of Tom Davies, Kieran Dowell, Jonjoe Kenny and several others who are battling for first-team places to know this. I’m a player who is willing to put my body on the line, the kind of defender who likes to tackle and is not afraid. I’m excited to be part of things here and I want to continue developing as a player. This is where I want to be.”