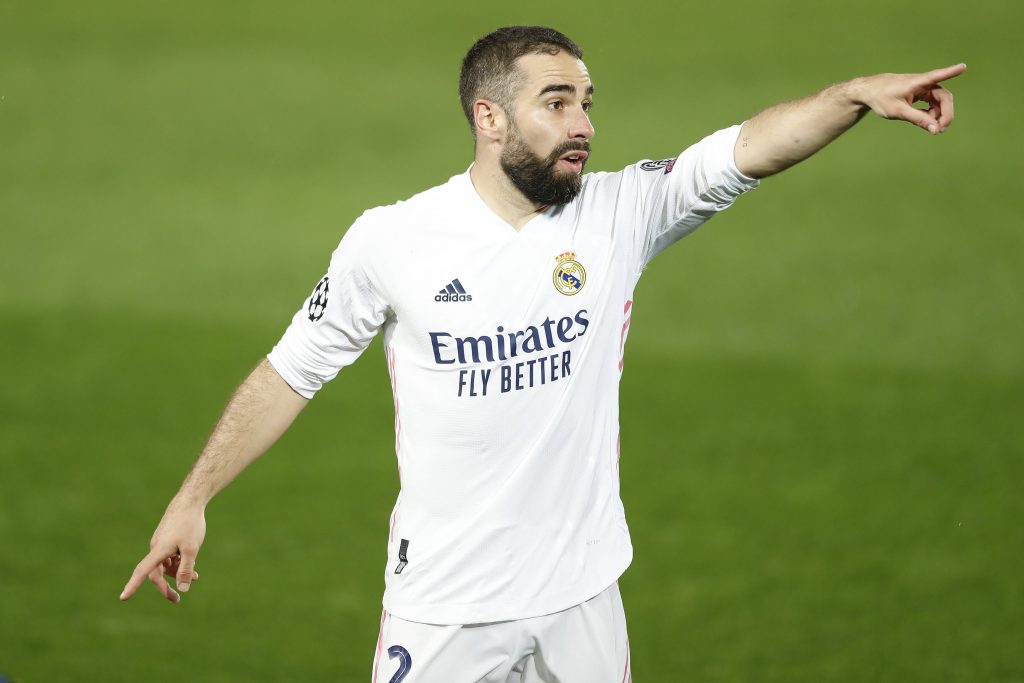 Daniel Carvajal has pledged his long-term future to Real Madrid, penning a new four-year contract at the Santiago Bernabeu.

Los Merengues took to the club’s official website to announce extending the Spaniard’s deal until the summer of 2025.

Carvajal has grown into one of the team’s most influential players since returning from a season-long stint at Bayer Leverkusen in 2013.

The 29-year-old, who initially progressed through Madrid’s youth academy, earned a €6.5million return to La Liga on the back of an eye-catching spell in the Bundesliga.

Since coming back to base, he has amassed over 290 senior appearances for the Spanish powerhouse over the past eight years.

Carvajal has become one of the symbols of Madrid’s trophy-laden generation.

During his illustrious career in the Spanish capital, the right-back has won 16 major titles, including four Champions League crowns.

Despite experiencing an injury-riddled 2020/21 season during which he managed just 13 La Liga appearances, Carvajal has earned a new deal.

A dismal hamstring injury prevented him from taking part in Spain’s run to the European Championship semi-finals.

After waving goodbye to Sergio Ramos and Raphael Varane, Los Blancos have decided to keep hold of other long-serving stalwarts.

In addition to Carvajal, Luka Modric, Lucas Vazquez and Nacho Fernandez have all signed new contracts at the Bernabeu ahead of the new campaign.

Madrid will launch their 2021/22 La Liga season on August 14 away to Deportivo Alaves in Carlo Ancelotti’s first competitive game in charge following his reappointment.