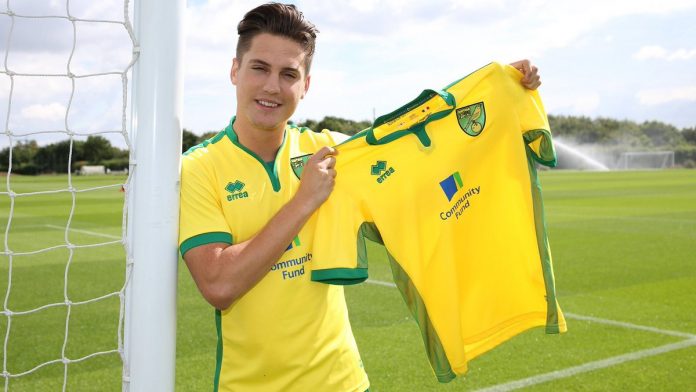 Spanish winger Sergi Canos has completed his move from Liverpool to Norwich on Wednesday.

Liverpool are set to receive £2.5m for Canos, while the deal reportedly included a potential buy-back option.

The 19-year-old failed to agree terms on a new contract with Liverpool and decided to move elsewhere permanently this summer.

Second-tier side Bristol City also matched Norwich’s offer, but Canos has opted to join the Canaries instead, signing a four-year-deal.

Canos made his Liverpool debut as a sub at West Brom on the final day of the season and impressed while on loan at Brentford as well.

Speaking on his move Canos outlined Norwich’s “very good interest” as a factor behind his move.

“From the beginning, Norwich showed very good interest and showed that they believe in me,” he explained.

“I’m very excited to be here. Carrow Road impressed me, I’ve seen videos of it and it looks an amazing atmosphere and I can’t wait to play there.

“I want to be a Premier League player, so if I can do that with Norwich it would be amazing.”

The inclusion of a buy-back clause means Liverpool will likely to keep an eye on Canos’ progress as if continue his strong development at Norwich, there is a possibility, the Reds could bring him back to Anfield.