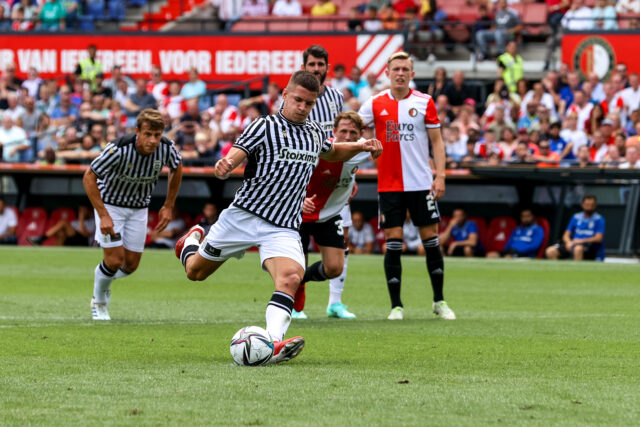 The Sportstime newspaper journalist has claimed that the Canaries have agreed a deal in the region of €11 million for Tzolis.

The 19-year-old is a highly-rated winger, and Norwich have been targeting him throughout the summer.

The newly-promoted Premier League club needed to sign a winger following the departure of Emiliano Buendia who has joined Aston Villa.

Chorianopoulos claims that the youngster will sign a five-year deal at Carrow Road. His contract will also have a 17% sell-on clause.

Norwich have shown ambition in the transfer market as they look to stay in the Premier League this time around.

The Canaries have signed eight new players this summer, and it seems Tzolis could be their next addition.

The youngster enjoyed a spectacular campaign in 2020-21, registering 16 goals and 10 assists from 46 appearances across all competitions.

They have bolstered their attacking ranks this summer by purchasing winger Milot Rashica from Werder Bremen for around £9m.

Tzolis could be a potential replacement for Todd Cantwell, who has been linked to Villa this summer.

Cantwell is fancied to head for the exit door after he declined to extend his contract expiring in June 2022.

Max Aarons is another player who has been frequently linked with a move to top Premier League clubs, but Norwich are yet to receive a concrete offer for him.