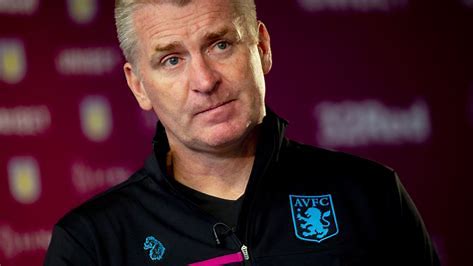 Aston Villa sacked Dean Smith on Sunday after he led the English side to a disappointing 2021-22 season start.

However, the 50-year-old is now being linked with Norwich City who dismissed Daniel Farke as their manager last weekend despite a 2-1 victory at Brentford.

According to a report from The Telegraph, the Canaries are considering the former Brentford manager for the important role at Carrow Road and want to interview him.

It is said that Frank Lampard is also being considered to replace Farke at Norwich.

The former star midfielder has been without a job since Chelsea sacked him in January.

Despite heavy investments in the transfer window, Lampard failed to deliver results at Stamford Bridge last season, and so he was ultimately dismissed.

Meanwhile, Smith was relieved of his duties after his side suffered a 1-0 defeat against Southampton last week.

That was the Lions’ fifth successive league defeat under the English boss.

The 50-year-old was appointed as the manager of Aston Villa in October 2018.

He led the Birmingham based side to Premier League promotion at the end of the 2018-19 season, beating Derby County 2-1 in the play-offs final.

He secured a 17th-place finish for Villa the following season before guiding them to an 11th position in the league last campaign.

The 50-year-old is a highly qualified manager but it looks unlikely that he would be able to keep Norwich in the top-flight if he is appointed.