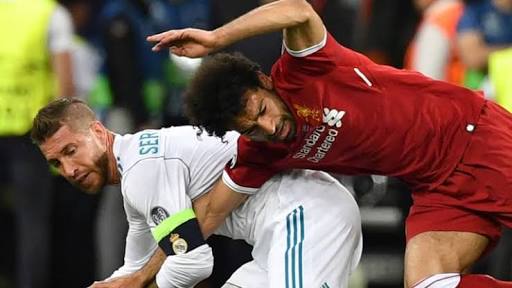 It is getting down to the business end of the World Cup 2018 preparations, with the tournament opener next Thursday and within touching distance.

England players have been speaking about their side’s chances, with one player not taking criticism on board and another suggesting the Three Lions can win the competition.

Mo Salah faces a race against time to be fit to feature, with the man who injured him, Sergio Ramos, speaking out about the pair’s altercation.

Gareth Southgate’s expansive ideas about how England should play in Russia should make the Three Lions an interesting side to watch this summer – but will they be successful?

Dele Alli certainly thinks so, with the Tottenham Hotspur attacker stating the British side are going to the tournament to win it.

“We’re going there to win it. We don’t expect anything less and we’ll be disappointed if we finish second,” the Spurs man said.

Meanwhile, Raheem Sterling has hit back at his detractors, stating that recent criticism of him will not impact his performances at the World Cup.

Perennial villain Sergio Ramos did little to extinguish this depiction in the Champions League final, with the Spanish defender injuring Liverpool and Egypt attacker Mo Salah.

While the Real Madrid centre-half’s level of guilt has been discussed heavily since, the Spain international is not buying into the perception that he is to blame for the African’s shoulder complaint.

“Bloody hell, they have given this Salah thing a lot of attention,” Ramos said.

“I spoke with Salah through messages, he was quite good. He could have played on if he got an injection for the second half.

“When Ramos does something like this, it sticks a little bit more.”

So there you have it – Ramos is guilt-free…..

Russia’s results in the build-up to the World Cup have been less than perfect and a 1-1 draw with Turkey on Tuesday will have done nothing to instill added confidence.

The competition hosts took the lead in Moscow with a first-half Aleksandr Samedov strike, but they could not hold on as Yunus Malli ensured the spoils were shared.

With the draw Russia’s final game before the World Cup, the hosts enter the tournament on the back of a seven-game winless streak.