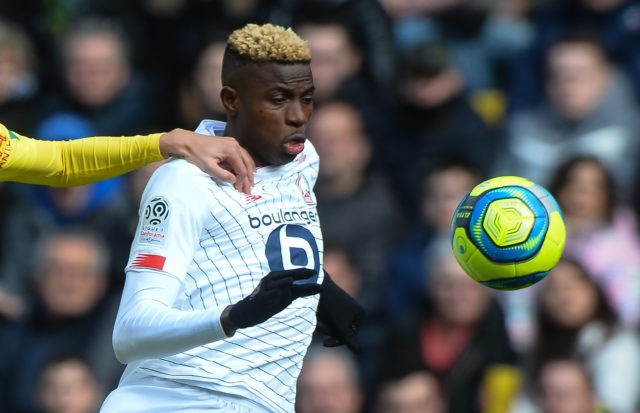 Schira has also claimed that Italian club Napoli are “really interested” in the 21-year-old, adding that the forward wants a five-year contract worth €4 million (£3.57 million) a year.

This means that the total outlay on Osimhen for Arsenal, Newcastle, Tottenham and Liverpool would be €80 million (£71.42 million).

Le10Sport has claimed of interest in the Nigeria international from Liverpool, while Le Quotidien Du Foot has reported that Arsenal want the youngster.

#Lille ask €60M to sell Victor #Oshimen. #Napoli are really interested in him. The nigerian striker wants 5-years contract with a wages of €4M a year. #transfers

According to WhoScored, Osimhen made 25 starts and two substitute appearances in Ligue 1 for Lille this season, scoring 13 goals and providing four assists in the process.

Osimhen is very a talented and promising youg forward, and he could develop into a world-class player in the coming years if he continues to progress.

While Liverpool and Arsenal are not exactly desperate for a forward right now, with Tottenham over-reliant on Harry Kane and Joelinton struggling for goals at Newcastle, Spurs and the Magpies could do with Osimhen in their team next season.